Study shows 10,000 youth injured or killed each year in the U.S. by firearms 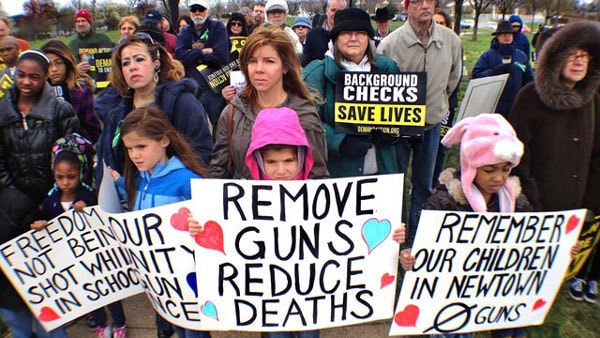 A study published Monday in Pediatrics, the official journal of the American Academy of Pediatrics, revealed that a startling 10,000 children in the U.S. are either injured or killed in gun-related incidents each year, NBC reports.

According to the study, more than 7,000 kids visit the emergency room annually, or about 20 each day, due to gun-related injuries and another 3,000 die before they ever even make it to the hospital. The majority – about half — of those injuries and deaths are the result of assault, while less than 25 percent are due to accidents and under 300 cases – less than 3 percent — are ruled to be from attempted suicide.

The study seems fairly consistent with prior studies, which have previously put the annual firearm mortality rate in American youth at about 3,000.

In addition, the study found that there were very distinct differences between varying demographics. Boys made up 90 percent of hospital stays, with black males comprising over 10 times more injuries and deaths than white males.

However, while referring to the youth as children conjures images of toddlers and elementary kids playing hopscotch in the street, the study covers a much larger demographic than that. The study refers to children as anyone 20 years old and younger, a fact that could prove to be somewhat misleading or confusing at best.

The age of the victim seemed to have a profound result on the type of injury they suffered as well. For example, accidental shootings were more prevalent among children under the age of five. These cases often lead to brain and spinal cord injuries with devastating and life-changing results.

Homicide cases, however, were more prevalent in the 18- to 20-year-old range, a range which one could reasonably argue is not youth or childhood, as in most states 18-year-olds are legal adults. Nevertheless, according to a study previously published in Pediatrics, this is an age that is already commonly marked by high rates of violent behavior. And that violent behavior, as noted nearly 20 years ago, is increasing in younger ages as well.

A study by the National Institute of Mental Health shows that “rates of death by injury between ages 15 to 19 are about six times that of the rate between ages 10 and 14” and indicates that the still-developing brain of the adolescent – complete with the constant ups and downs that accompany that — may have a factor in those injuries. “In key ways, the brain doesn’t look like that of an adult until the early 20s,” the study states. 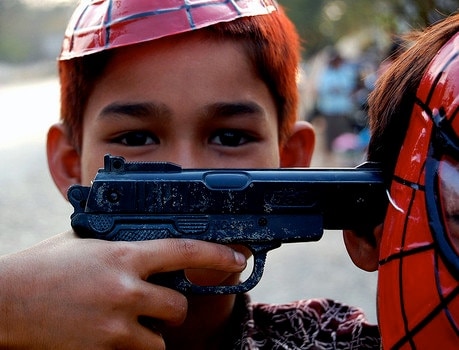 Yet still, Daniel Webster, director of the Johns Hopkins Center for Gun Policy and Research, places the burden of gun-related injuries and deaths among American youth on the country’s “weak” gun laws.

“So for this very high risk group of 18- to 20-year olds, we think it’s too dangerous to drink beer, but in 45 states they can legally possess as many handguns as they like,” he added.

Dr. John Leventhal, professor of pediatrics at the Yale School of Medicine and the study’s lead author, believes that the 10,000 annual deaths and injuries are all unnecessary “because preventing gun violence is something that can actually be done.”

Both Webster and Lenenthal believe that better gun laws will help to reduce future tragedies in youth, with Webster considering that one of the biggest impacts being to simply make it illegal for anyone under the age of 21 to possess a firearm. In addition, the American Academy of Pediatrics maintains that “the safest home for a child is a home without guns,” which Lenenthal agrees with, according to a press release.

To reduce the number of children who become victims of gun violence, the AAP has long recommended that “Pediatricians should: (1) Encourage parents to remove guns from the home, or at a minimum to keep guns unloaded and locked up; (2) Advise parents to limit viewing of gun violence in the media, and playing with toy guns and video games that involve shooting (3) Be alert for early indicators of aggressive behavior; and (4) Become outspoken advocates for laws that restrict gun availability.”

Nonetheless, as alarming as the statistics may seem, firearms still remain a relatively low cause of injuries and death among American youth overall. In fact, according to the National Institute of Health, firearms aren’t even in the top five causes of pediatric injuries.

Motor vehicle accidents are still the leading cause of both injuries and deaths in children, with more than 3,000 kids visiting the emergency room every single day as a result of car accidents. Suffocation, including choking, are statistically speaking more likely to injure a small child than firearms, and drowning is the most common cause of death in children ages one to four. Children 18 years old and younger are seven times more likely to visit the emergency room due to medication overdose than firearm injuries. This excludes self-harm, abuse and recreational drug use. And burns are the fifth leading cause of injuries in children, sending about 300 children under the age of 19 to the emergency room each day.

Nonetheless, the loss of life – especially that of a child – is tragic, regardless of circumstances or statistics, and when that death occurs as the result of a homicide or suicide, it’s oftentimes even more shocking.

According to the National Institute of Health, “the increase of gangs, teenage homicide, teenage suicide, teenage pregnancy, school drop-out, and other problems are a reflection of a rapidly changing society and family structure.” The institute describes teen homicide as “a complex issue which does not have a simple answer. Prevention will require understanding of the root cause and a willingness on the part of the public to change those causes.”