Tuesday night’s State of the Union address was quite a change from last year’s emotionally-charged speech, which had a high focus on the need for greater gun control. While this year’s speech only briefly mentioned the contentious topic, President Obama still vowed to reduce gun violence and protect innocent Americans “with or without Congress,” hinting that he was not afraid to use executive actions in order to achieve his goals.

“Citizenship means standing up for the lives that gun violence steals from us each day,” Obama said. “I have seen the courage of parents, students, pastors and police officers all over this country who say, ‘we are not afraid,’ and I intend to keep trying, with or without Congress, to help stop more tragedies from visiting innocent Americans in our movie theaters, shopping malls, or schools like Sandy Hook.” 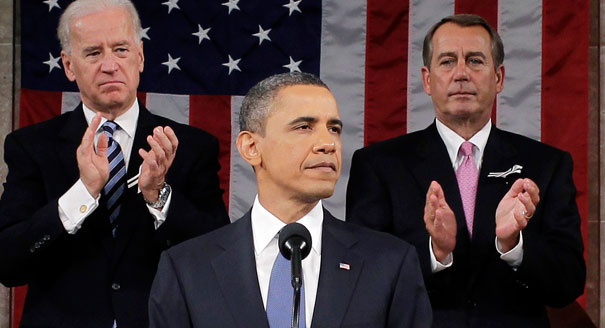 Some were impressed with the president’s State of the Union address, others not so much.

Guns were mentioned a total of seven times throughout last year’s speech, but this year the topic was only visited the one time during the nearly 7,000 word speech.

Last year’s State of the Union fell nearly two months after the Sandy Hook shooting in Newtown, Connecticut, one of the most shocking and tragic events the nation has seen. While some politicians have spent the last year fighting for gun control, with some succeeding in a handful of states, the majority of proposed restrictions fell flat. In fact, in many states across the country, gun laws were actually loosened in the last year, reiterating the states’ support of their residents’ Second Amendment rights.

Nonetheless, it’s not a battle that the President – and others – are willing to back down from just yet.

“We don’t think that the most important question is how the president addresses gun violence as part of the State of the Union, it’s much more important that they continue to show the leadership that they’ve been showing on this issue,” Dan Gross, the president of the Brady Campaign to Prevent Gun Violence, said before the speech. 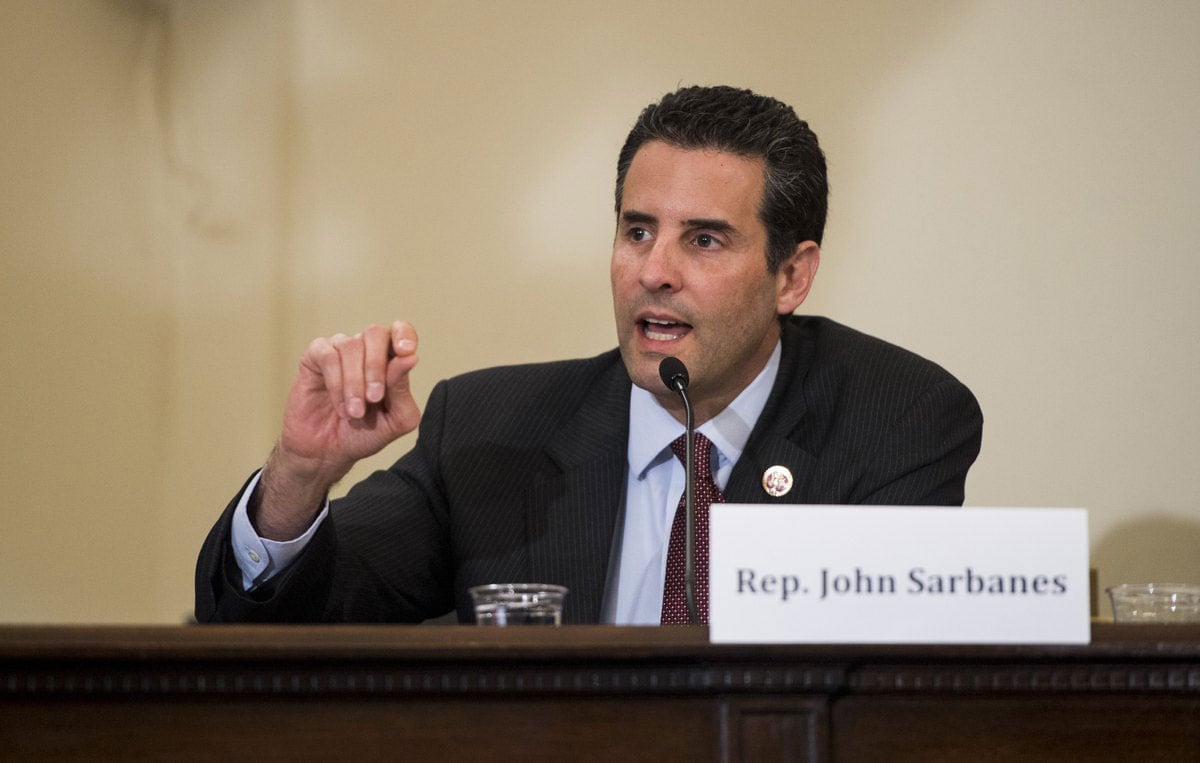 “The President said, ‘It should be the power of our vote, not the size of our bank account, that drives our democracy.’ I couldn’t agree more. We need a return to government by the people,” Maryland Rep. John Sarbanes said following the President’s speech Tuesday night. (Photo credit: Huffington Post)

“Congress made a decision not to heed the will of the people, but that isn’t going to stop the grassroots movement and that’s not going to stop elected officials at the state and local level,” Feinblatt claimed, adding that he expects Obama to enforce gun control-related policies through executive actions sometime this year.

But not everyone was impressed with Obama’s seemingly blatant flex of power or even the entire speech in general.

Texas Rep. Steve Stockman made a rather obvious statement when he simply walked out halfway through the speech. According to The Dallas Morning News, Stockman said in a statement, “Tonight I left early after hearing how the President is further abusing his Constitutional powers. I could not bear to watch as he continued to cross the clearly-defined boundaries of the Constitutional separation of powers.”

Stockman went on to say, “After five years in office Obama refuses to admit his policies have failed… Even worse, Obama has openly vowed to break his oath of office and begin enacting his own brand of law through executive decree. This is a wholesale violation of his oath of office and a disqualifying offense.”

And Stockman wasn’t the only one upset about Obama’s apparent threat of executive orders.

Following the speech, Minnesota Rep. Michele Bachmann told The Daily Caller, “He doesn’t have the constitutional authority to act unilaterally and pass legislation on gun control. He just doesn’t.”

“The president’s comments last night that he would advance gun-control through executive orders demonstrates that he has neither the support of Congress nor of the American public for his anti-Second Amendment agenda. Our industry must remain vigilant because executive orders apply to the executive branch of the government, such as the Bureau of Alcohol, Tobacco Firearms and Explosives, that regulate our industry,” Keane said in a statement to Guns.com.

We also reached out to the National Rifle Association, but have yet to receive a response. Other than a single tweet, the gun lobby has so far remained silent about the president’s speech.

Obama has previously pushed for expanded background checks for gun purchases, and although the power of executive orders is supposed is only be allowed to make moderate changes to policies, it’s uncertain if these types of changes would fall under the moderate marker.