A Florida man built a makeshift shooting range in his front yard and he says it’s completely legal. 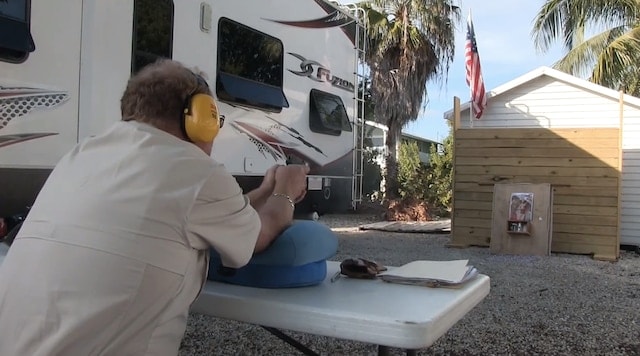 Varrieur takes at his shooting target from the leisure of his yard.

To prove his range is within the bounds of the law, 57-year-old Big Pine Key native Doug Varrieur points to Florida statue 790.15 (1), which essentially says any person can discharge a firearm on private property so long as it is done in a safe manner and the bullet’s path does not pass over a paved public road or any occupied premises. Some, like Varrieur and his neighbor, retired Florida law enforcement officer Huey Gordon, enjoy the liberties the obscure law affords them. Others, however, fear unregulated ranges can pose a risk to public safety, Miami Herald reports.

“I honestly had hoped no one would catch wind of it and it would become public knowledge,” said Monroe County Sheriff Rick Ramsey. “I’m concerned now that people know. This isn’t about the right to own and bear arms. My concern is public safety and quality of life.”

Currently, 790.15 (1) offers no regulations regarding quantity or caliber of rounds and hours of operation. And according to Monroe County Attorney Bob Shillinger, the statue even protects private shooting ranges from noise ordinances.

“It’s almost the wild, wild west again when we go back to firing wherever you want, whenever you want,” Ramsey said. “And if they want to shoot a fully automatic weapon, and have a class 3 license, technically they would not be in violation of anything.” 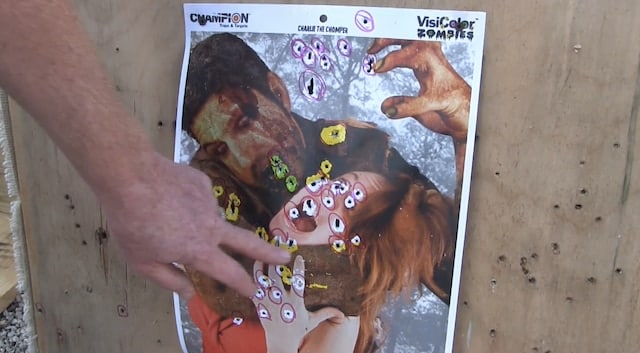 Varrieur shows off the results.

Varrieur set up his range so he and his wife could hone their shooting skills and defend themselves if the need were to ever arise.

“It’s rampant,” Varrieur said in reference to the recent Oklahoma University shooting scare, “so rampant that each and every individual in this country needs to be self-protected. And everybody who has a gun needs to practice.”

Despite the controversy surrounding statute 790.15 (1), Varrieur is happy to be able to use it.