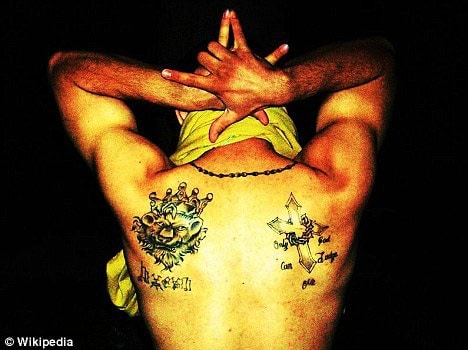 The licensing board has 30 days to decide whether to issue the permit or reject the application, and opinions are split. Some say if he meets the legal criteria it should be issued, others say no way. (Photo credit: Wikipedia)

While law enforcement across Illinois have been busily sorting through an overwhelming amount of concealed carry applications since the new concealed carry law went into effect, about 180 of those applications have raised red flags with authorities, according to the Chicago Sun-Times, including an application from a known high-ranking leader of the street gang known as the Latin Kings.

Authorities refused to name the gang leader or provide any type of personal information, such as age or city of residence, but confirmed that he currently holds a valid firearms owner identification card, or FOID card, which is required to legally own a gun in the state of Illinois. A FOID card is also required in order to obtain a concealed carry permit.

So why is a known gang leader allowed to possess a FOID card in the first place?

Apparently the man has no felony convictions. Although he’s been arrested 12 times, he doesn’t have a single conviction, so authorities had no legitimate reason not to issue the card to him.

However, due to the man’s prior arrest record, which includes aggravated assault, burglary and failure to register a firearm, Cook County Sheriff’s officials have the right – and obligation – to place an objection with the state licensing board.

But authorities aren’t just singling him out because he is a known gang leader. In fact, they are required to file an objection for applications received by residents with three or more gang-related arrests within the last seven years and anyone with five or more arrests of any kind within the last seven years. In addition, authorities have the right to file an objection against anyone who they feel may be a public threat, such as those with a history of domestic violence or mental health issues.

“It is exactly what the objection process was designed to allow. We are doing all we can to ensure that applicants with any history of violence or domestic violence are thoroughly reviewed by the concealed carry licensing board,” said Cara Smith, executive director of the Cook County Correctional Center, of the nearly 200 objections that have been filed.

While the state licensing board, which includes a former judge, two former prosecutors, three former FBI agents and a psychiatry professor, continues to review the gang leader’s application over the 30 day period allowed to either approve or reject it, opinions are split on whether or not he should be allowed to have a concealed carry permit.

When the issue was raised to gun owners, via the Indiana gun owners forum, the issue provoked some interesting responses and counterpoints.

“If he meets the criteria established in the law, there is no reason to justify refusing him,” said one user. “Setting a precedent for arbitrary denials is a bad idea. What looks like a good reason today will pave the path for doing the same for bad reasons in the future,” he added, also citing that, in his opinion, “If he’s going to commit violent crimes or encourage/facilitate the same from others, the permit will neither enable nor restrict him in any substantial way.”

Another user in the same forum wholeheartedly disagree.

“NO!- I am not sure what evidence they have, but if he really is a gang leader there is no way he should get a permit (not that I believe that would stop him from carrying a gun). Common sense should prevail!”

Still, others question if authorities do in fact know that he is a gang leader, why he is still free to roam amongst society.

“If he’s a KNOWN gang leader, that implies that they’ve got info to prove it, so why is he free and applying for a CCW license? [Chicago] is down at the bottom of the list of places enforcing gun laws against arrested criminals. No reason to compromise the rule of law, they just need to enforce the ones that existed before their now [CCW] law.”

Nonetheless, perhaps the biggest question may be why a known gang leader – an occupation which is not generally held by law-abiding citizens – is applying for a concealed carry permit in the first place and would his failure to be approved for one keep him from carrying a gun anyway?

The general consensus, at least on the latter, appears to be no.

Should the person in question be allowed to legally obtain a concealed carry permit? Or should the legal avenue be eliminated due to his known gang ties? What are your thoughts?