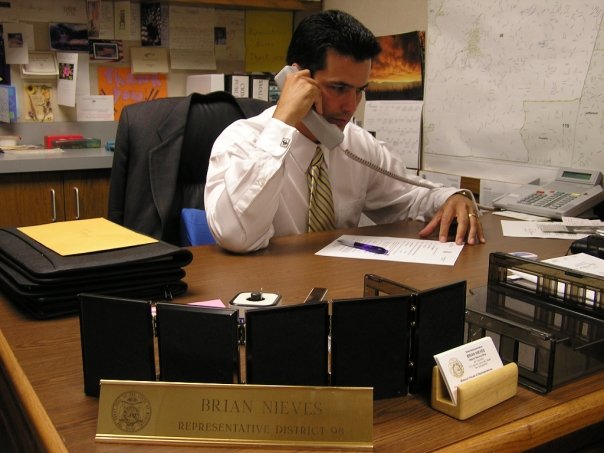 SB 613 was introduced by state Sen. Brian Nieves in an effort to nullify federal gun laws in the state. (Photo credit: Facebook)

Introduced by state senate majority whip Brian Nieves (R-Washington), SB 613 passed the Senate General Laws Committee by a vote of 5-1 Tuesday and is now headed to the floor for debate.

Nieves feels it takes a stand against federal efforts to roll back the Second Amendment rights of law-abiding citizens.

“We continue to see the federal government overreach their rightful bounds, and if we can create a situation where we have some unity among states, then I think it puts us in a better position to make that argument,” said Nieves.

In it, there is language that would, in theory, nullify federal gun-control regulations inside the state’s borders.

The bill would also allow for fine and possible imprisonment for federal law enforcement officers found in violation of this act. This would be punished by up to one year in jail and a $1,000 fine

The sole dissenter to the bill in committee was Sen. Jamilah Nasheed, (D- St. Louis). She said the Senate should focus more on legislation to address urban gun violence and not on bills that could increase access to firearms.

Missouri is not the only state that is exploring this type of legislation. Nearby Tennessee  had a similar bill introduced earlier this month into their state senate.

In 2009, Montana passed the Firearms Freedom Act, a law that on paper exempts guns made in the state from federal regulations. Although it has been challenged in court and is largely seen as unenforceable in the face of federal gun laws, eight other states have passed similar measures. The most recent of which was Missouri neighbor, Kansas 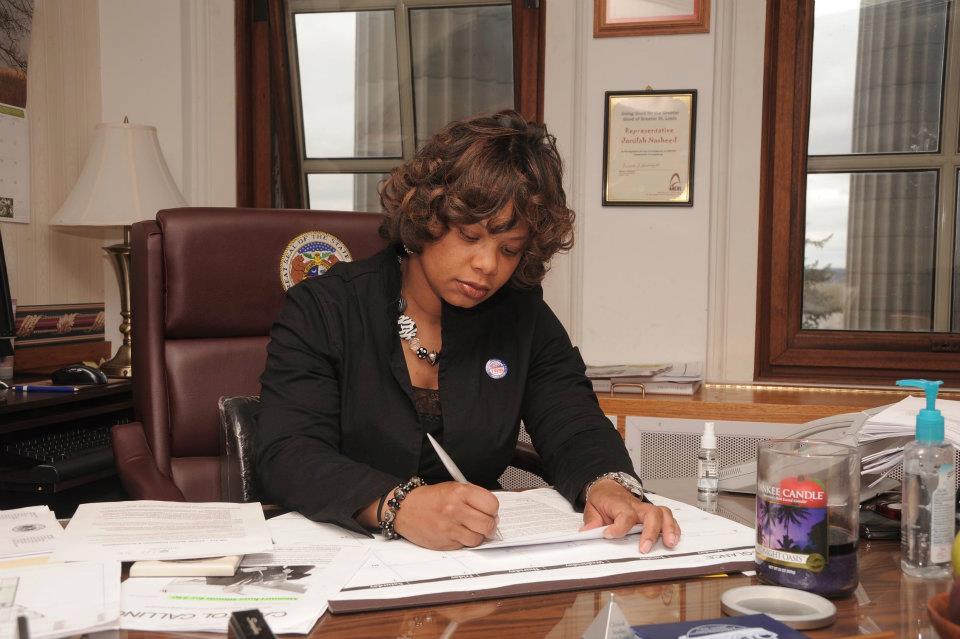 The only ‘no’ vote against the bill in committee came from state Sen. Jamilah Nasheed who would rather see laws aimed at decreasing urban gun violence (Photo credit: Facebook)

A similar bill to SB 613 passed both the house and senate last year but was vetoed by Gov. Jay Nixon. An attempt to override the veto failed by one vote.

In 1958 the U.S. Supreme Court rejected these types of so-called nullification laws in which states can choose which federal laws apply to them, the same court later ruled that local law enforcement had no obligation to enforce federal gun laws.

In a comment on this type of nullification law last year, UCLA law Professor Adam Winkler said that even though the nullification trend was likely to be ineffectual, “It represents a strong, powerful opposition to our government.”

As mentioned, the bill now will make its way to the Senate floor for a full vote.