A federal judge on Thursday ruled that Connecticut’s comprehensive new gun-control ordinance is constitutional, striking a fair balance between the government’s interest in public safety and the right of the people to keep and bear arms.

“The court concludes that the legislation is constitutional,” wrote senior U.S. District Judge Alfred V. Covello in his 47-page decision. “While the act burdens the plaintiffs’ Second Amendment rights, it is substantially related to the important governmental interest of public safety and crime control.”

Covello went on to acknowledge the uncertainty regarding the new law’s potential to reduce gun-related violence.

“Obviously, the court cannot foretell how successful the legislation will be in preventing crime,” wrote Covello, a Republican appointee. “Nevertheless, for the purposes of the court’s inquiry here, Connecticut, in passing the legislation, has drawn reasonable inferences from substantial evidence.”

Passed in the wake of the mass shooting at Sandy Hook Elementary in Newtown, Connecticut, the law expanded the state’s ban on so-called ‘assault weapons,’ prohibited one from possessing a magazine that holds more than 10 rounds of ammunition, required registration of all newly defined ‘assault weapons,’ among other provisions.

Not long after the law went into effect, gun owners, gun dealers and gun-rights organizations filed a joint lawsuit arguing three main objections: (1) that the ban on modern sporting rifles and magazines holding more than 10 rounds was unconstitutional vague, (2) that the law, which exempted off-duty military and law enforcement from the ban, was discriminatory against civilian gun owners, and (3) that overall, the law was an infringement on one’s Second Amendment rights.

On the discriminatory argument, Covello said that law enforcement and off-duty military receive training that civilian and causal gun owners do not, therefore the exemption is not unfair. 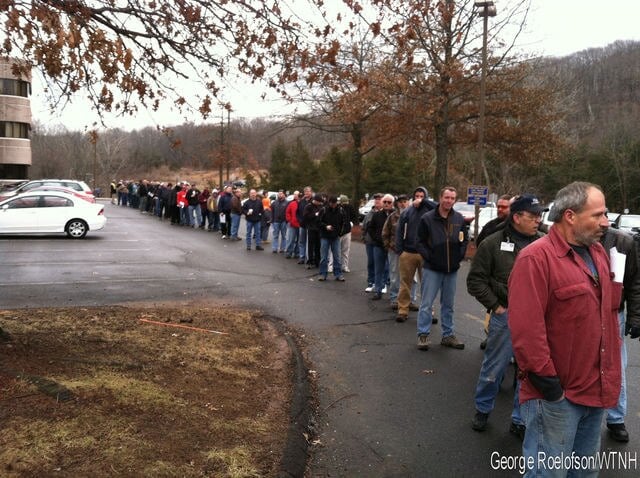 Lastly, on whether the law violates one’s Second Amendment rights, Covello noted once again that the government’s interest in public safety was significant enough to justify the restrictions, moreover that the law did not ban handguns, the “quintessential self-defense weapon,” nor did it ban other alternate firearms that could be used for sporting, hunting or recreational purposes.

Though they are in common usage, which Covello acknowledged, he wrote that the ban on so-called ‘assault weapons’ and ‘high-capacity’ magazines “does not effectively disarm individuals or substantially affect their ability to defend themselves.”

The court is “reasonably certain the prohibitions do not impose a substantial burden upon the core right protected by the Second Amendment,” he continued.

Following the announcement of the ruling, gun-rights advocates vowed to appeal, noting that this is just the beginning of a lengthily legal battle.

“This is a long way from over,” attorney Brian T. Stapleton, who represented the plaintiffs in the case, told the Connecticut Courant. “We respect Judge Covello, but respectfully disagree with him. An appeal was anticipated in this case. There are findings that we can work with and we are going to do everything we can to get this overturned.”

Meanwhile, just as gun-rights advocates promised a continued fight, representatives for the state were equally vociferous in their plea to defend the law.

“The measures enacted by the General Assembly in response to the Sandy Hook tragedy are entirely appropriate, sensible and lawful,” said state Attorney General George Jepsen. “We will continue to vigorously defend them in the event of any appeal that may be filed of this decision.”

While the fate of the law remains unclear as it heads toward a federal appeals court, what is clear is that this fight is far from over.