A Portland man accidentally shot himself in the testicles while trying to rob his neighbor Tuesday night.

The 40-year-old suspect confronted his 32-year-old neighbor in the parking lot of their apartment building. In the ensuing dispute the gunman shot his neighbor in the leg, but also managed to shoot himself in the testicles, Oregon Live reports.

The victim who was shot in the leg hobbled off to a nearby Safeway to seek help and was later taken to an area hospital to be treated for his wounds. 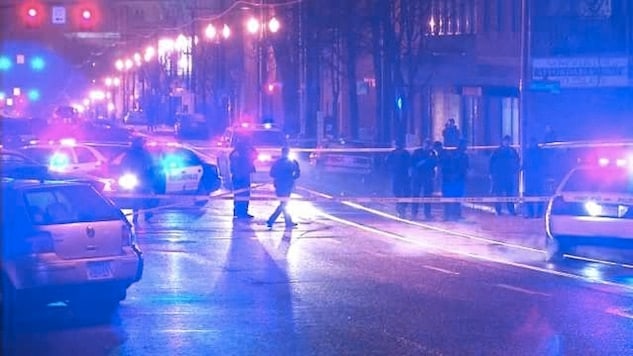 Police descended on the apartment building and found the suspect nearby.

Portland police spokesman Sgt. Pete Simpson believes the suspect placed his gun in his pants as he fled the scene, and that’s when the weapon was negligently discharged.

“The suspect’s wound is consistent with somebody putting a gun in his pants,” Simpson said.

Josh Howell, a 42-year-old resident of the same apartment complex, called 911 after the gunman told him he had been shot.

“He just walked gingerly. I didn’t see any blood anywhere or weapons. Nothing,” said Howell.

Both the victim and suspect are expected to survive from their wounds.