‘Restriction must be at the core’ of the Second Amendment, idea of tyranny is ‘fanciful’ says Stanford law professor 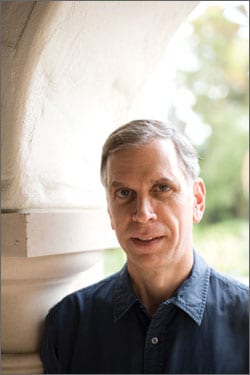 When two law professors went head to head earlier this month during a debate on Second Amendment rights, one did not hesitate to say that, although he claims to support those rights for the sake of self-defense, “Restriction has to be at the core of this right” and the mere idea of citizens having the right to be armed as a means to depress tyranny is a bit farfetched.

Donohue and Kilmer participated in the debate on Jan. 15 as part of the event “Guns in America: A Year After Sandy Hook” sponsored in part by Stanford Continuing Studies and the Department of Theater and Performance Studies.

The Stanford Review highlighted some of the most notable quotes from the event.

At the beginning of the debate, both men were asked their perspectives and interpretations of the Second Amendment, including the citizens’ right to bear arms for both self-defense and protection against tyranny.

Donohue responded by first stating that the Second Amendment must be viewed from a historical standpoint, adding that the firepower available today is unlike anything of that when the Bill of Rights was written.

“I support the right to self-defense, but that doesn’t mean that you have a right to high-capacity magazines,” Donohue stated. “Restriction has to be at the core of this right,” he added.

“That’s not really the point,” Kilmer chimed in. “It acts as a deterrent. When people are protecting their own home and way of life, there’s at the very least a speed bump effect.”

Kilmer called attention to times in the past which the U.S. military has had a “tough time” with groups of untrained citizens, including the Vietcong, Afghan rebels and insurgents in Iraq.

Kilmer also added that, “Taking away citizens’ arms has always been the first step of the greatest human rights violations,” citing the disarmament of the Jews in Nazi Germany as one such example.

“The mistake of giving up your arms is a mistake you only get to make once,” Kilmer cautioned.

Limiting magazine size was also another area where the men’s opinions differed.

“Making the criminal reload more often is a beneficial thing. Without question, lives are saved by the fact that they have to reload,” Donohue argued.

To back his argument, Donohue made mention that during the time that Adam Lanza had to reload during the massacre at Sandy Hook, 11 children were able to run to safety. Additionally, when Gabrielle Giffords was shot in Tuscon, the shooter was tackled only after his magazine was emptied.

However, Kilmer argued that the same inconvenience put on criminals by limiting magazine size is put on law-abiding citizens as well when protecting their lives. He added that there is simply no legitimate justification for putting those limitations on law-abiding citizens, who are, it seems, more and more frequently being targeted by groups of criminals rather than just a lonesome one or two.

“Size of cartridge is a bit of a red herring,” Kilmer explained. “People do not become untrustworthy just because they have 11 rounds in their magazine rather than 10.”

Kilmer added, “The problem with an arbitrary magazine size is that if you only have 10 rounds but there are 11 bad guys, then you’re the one who has to reload.” 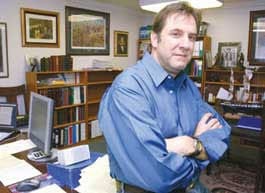 Setting all other arguments aside, Donohue closed with expressing his concern over the “get out your gun and be the hero of the day attitude,” which he claims is intensified by the National Rifle Association.

“Having other guns around can only make things worse, because the shoot first attitude does not always work well. There are less lethal methods of self-defense, and it’s always a bad idea to ramp up the firepower,” Donohue said.

Of course, Kilmer disagreed, claiming that good guys with guns often do stop the bad guys with guns, noting one of the most recent school shootings at Arapaho High School in Colorado in which the shooter, although loaded up for a long shooting spree, turned the gun on himself as a good guy with a gun approached him.