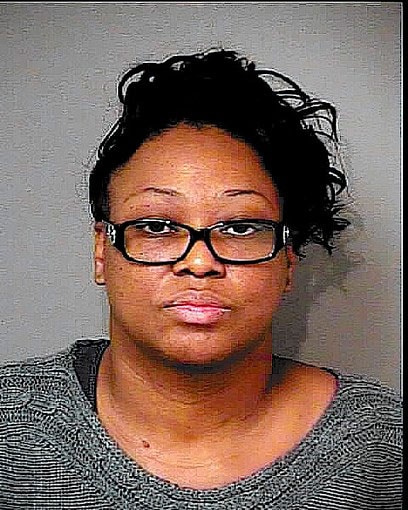 A woman in Kissimmee, Florida, was arrested Thursday and now faces child abuse charges after authorities discovered she was using a stun gun with three young children in a punishment she called “the electric chair.”

According to a report by the Orlando Sentinel, Letina Smith is not the mother of the children. The 7- and 8-year-old boys and 9-year-old girl belong to Smith’s cousin, but they have been in her care for an unknown reason and an unknown amount of time.

The punishment was discovered by Osceola County school officials when one of the children got into trouble and begged the school not to inform Smith of her misbehavior because she was scared of the “electric chair.”

Officials probed into what the punishment was.

“(She) explained that the punishment was to get touched with a ‘taser.’ The electric chair consists of the child who is in trouble holding themselves… with their back on the wall and their legs forming a chair. They have to stay there for an hour and if they speak or move Letina will come up to them with the electrical weapon, ‘taser,’ and activate and touch them with it,” the police report revealed.

“I can only recall one other (that involved a stun gun) but we do see all types of what we could consider ‘bizarre’ punishment,” the state Department of Children and Families spokeswoman Carrie Proudfit wrote in an email to the Orlando Sentinel.

Stacie Miller of the Kissimmee Police Department did confirm that the instrument used was a stun gun and was not in fact a taser like police officers often carry. Nonetheless, it did inflict severe pain on the young children. Although the children said it had been used on them in the past, authorities did not find any marks on the children which the stun gun would have left if recently used.

The three children were all interviewed separately and each gave an accurate account of the weapon. Officers noted that the children did not have a chance to collaborate their stories beforehand either.

“(The child) advised that it hurt very much and he was very afraid of it,” wrote one officer in a report. “(He) advised that the electrical weapon was pink and made a loud clicking noise … and he can see the electricity touch the two points at the end.”

The third child described an incident in which the stun gun was used on him after he fell asleep in Smith’s car.

“Letina touched him with the electrical weapon while it was activated and shocked him in the arm which woke him up. (He) advised it hurt badly,” the officer wrote.

However, when authorities questioned Smith about the punishment, although she admitted to using the “electric chair,” she claimed that she never actually used the stun gun on the children, she only threatened them with it.

Smith was arrested, the children were removed from the home and are now staying in the care of another family member. Smith remains behind bars, with no bond.