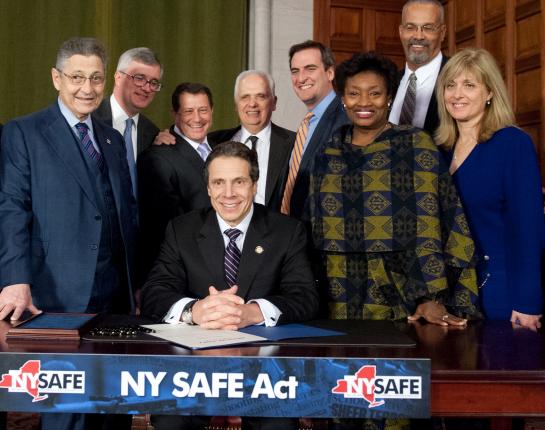 The SAFE Act was passed in Albany and signed by the Governor, but many counties in the state do not want their name associated with it. (Photo credit: NYSenate.gov)

In the past 10 weeks, almost a third of the counties in New York have passed resolutions denying permission to the state to use their official seals on anything to do with the New York Secure Ammunition and Firearms Enforcement Act .

Currently 17 out of New York’s 62 counties have submitted resolutions to send to Albany, pulling their official logos from supporting SAFE act documentation, according to a list by NY SAFE Resolutions, a website dedicated to compiling information about the law.

The language used in the resolution is simple enough. Essentially Wayne County washes its hands of the responsibility to enforce the law and in turn puts the burden on the state to enforce it. And since the county’s sheriff and clerk have strong objections to the law, it denies the state the use of the name, seal of the county, letter head or address in communicating the law to the public.

A similar one in nearby Steuben County a week later soon followed this resolution.

The SAFE Act was signed into law by Gov. Andrew Cuomo on the same day it passed the state legislature. Since its adoption last year it has found objections from both law enforcement and the courts . 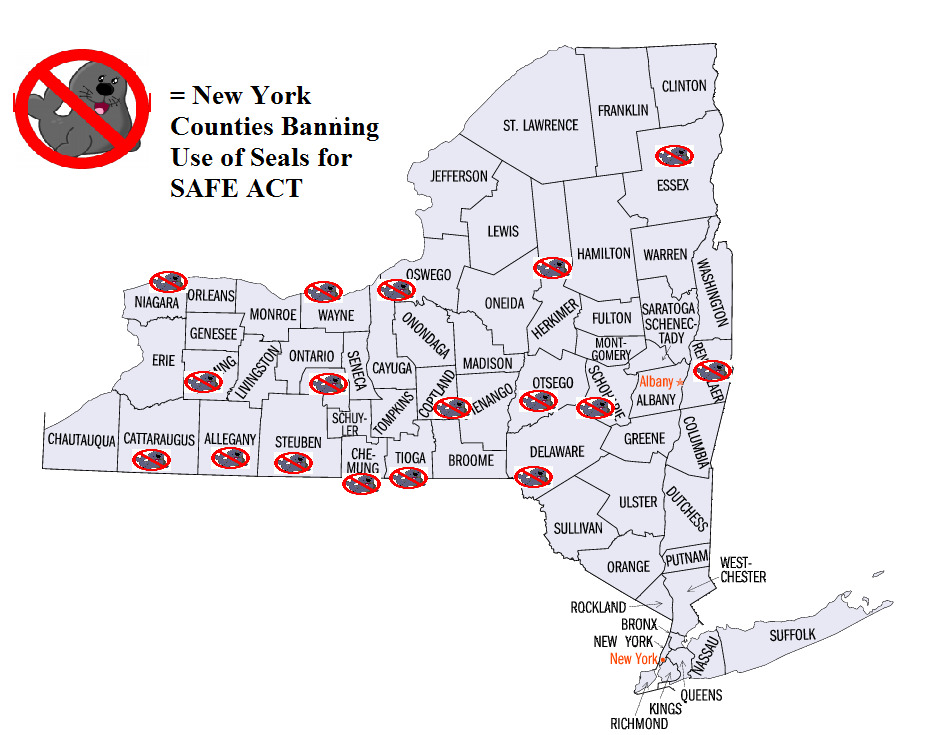 Seventeen of New York State’s 62 counties have passed resolutions requesting that the state government not use their county seals and logos in any SAFE Act documentation.

In December, 13 more counties, an average of three per week, handed down votes to tell the state government not to associate the SAFE act with their logos and seals.

“We want residents to have no doubt that if they are receiving any correspondence regarding the NY SAFE Act that it is coming from the state and not the county,” said Thomas Walsh Sr., R-District 3 in the passing of Rensselaer County’s resolution just before Christmas .

The counties that have made the decision to restrict their seals are spread across the state. Notably the only region that does not have a county in which one of these resolutions has passed is in the Hudson Valley/New York City region.

So far this year, Herkimer County and Chemung County have joined the movement with their own resolutions.

Some see this effort as political grandstanding.

In the Herkimer County vote, which passed by 13-2 with two others abstaining, one of those in opposition spoke out.

“It seems like a silly exercise to me,”  Legislator Gary Hartman, (D-Herkimer), said of the most recent resolution. “It kind of makes me wonder, what’s next? Are we going to secede from the union?”