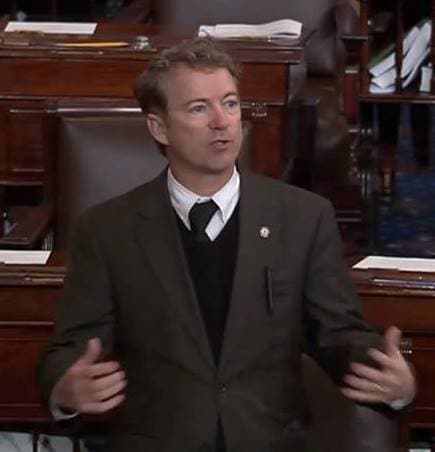 Sen. Rand Paul wants to allow lawful carry in USPS property. ”I think there’s a good chance we can pass it,” he said about his amendment to a Postal Service reform bill. (Photo credit: Facebook)

In a move supported by some in the gun community, Sen. Ran Paul added an amendment to a reform bill currently in Senate committee to allow guns to be carried inside post offices across the country.

Providing that local law allow the lawful carry of firearms by a person not prohibited from having it, this would strike down the long held ban on firearms inside USPS property.

The National Association for Gun Rights supports Paul’s amendment to the bill.

“Our ultimate goal has always been to make the U.S. Postal Service a safer place by getting rid of their ludicrous ban on your ability to carry the tools of self-defense.” said Dudley Brown, Executive Vice President of NAGR in an open letter calling for public support of the measure.

The Postal Reform Act, or S. 1486, was introduced last fall into the senate by Sen. Thomas Carper (D-DE) and cosponsored by Sen. Tom Coburn (R-OK). 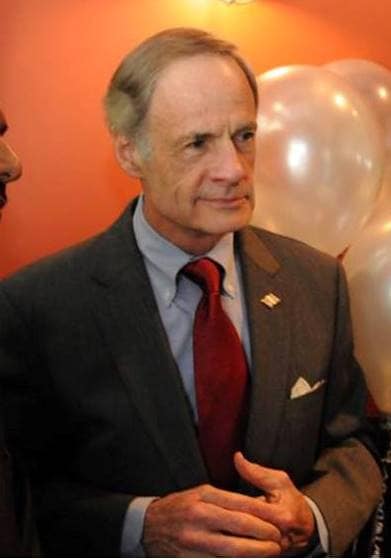 “My first reaction is not to embrace that,” says Sen. Thomas Carper, originator of the bill. (Photo credit: Facebook)

It is currently under review by the Homeland Security and Governmental Affairs committee, which it would have to pass before getting to the Senate floor for a vote.

Carper has voiced that he would not support the addition to his bill.

“We had some initial discussion of the amendment and between now and next Thursday we will have a lot more,” Carper said.

“My first reaction is not to embrace that. I think federal courts have recently ruled the question of whether or not a person can have a shotgun or a weapon in the trunk of their car on a parking lot of a post office.”

Carper is referencing the decision last year brought about by a Colorado lawsuit.

That case, filed by Tab Bonidy with assistance from NAGR, resulted in a two-part decision that guns were still effectively prohibited inside post office, but allowed in the parking lots.

The measure is set to be debated in the coming weeks.

“When they reconvene, I will bring it back up,” Paul said of his amendment, which he is backing with a petition . ”I think there’s a good chance we can pass it.”