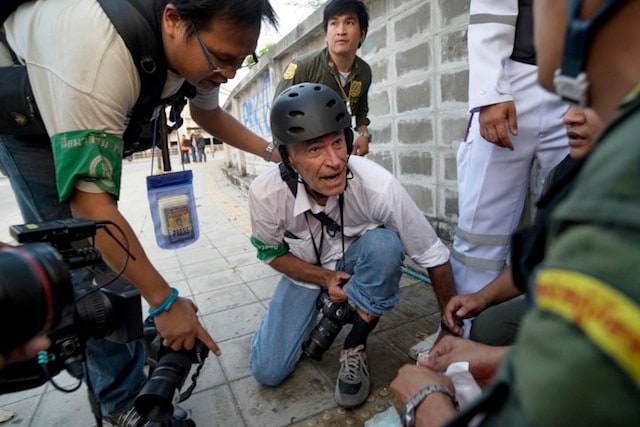 War photographer James Nachtwey was shot in the leg while covering a political protest in Thailand, but after realizing he could still walk, he quickly went back to work.

Renowned American photojournalist and war photographer James Nachtwey was shot in the leg Saturday while covering a political protest in Thailand’s capital.

Nachtwey, who has more than 30 years of experience covering overseas conflict and immersing himself in a war zone, was in Bangkok when he was struck by a bullet, Time repots. 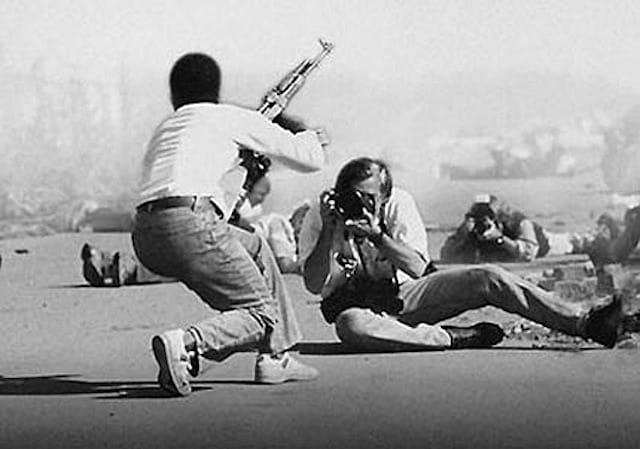 An example of Nachtwey’s commitment to capturing the shot.

“He was hit in the leg,” said Kira Pollack, Time director of photography. “The bullet passed through but didn’t hit the bone. Amazingly, he went right back out and worked again. That’s who he is.”

However, Nachtwey is no stranger to on-the-job injuries. While covering news in Baghdad in 2003, he was injured by a grenade during an attack on his convoy.

Nachtwey has placed himself in physical danger many times during the course of his career. On his website, JamesNachtwey.com, he offers a glimpse into what drives him.

“I have been a witness, and these pictures are my testimony. The events I have recorded should not be forgotten and must not be repeated,” he writes.

Check out this TED Talks video to learn more about Nachtwey’s life story.