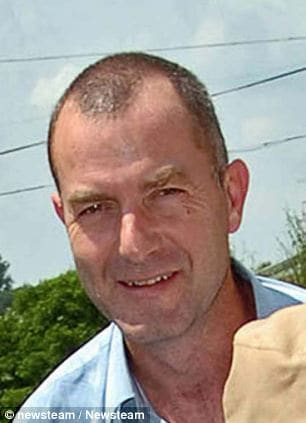 West was a teacher for over 20 years before being fired for using a pellet gun as part of a class experiment.

A physics teacher from St. Peter’s Collegiate in Wolverhampton was recently fired after using a pellet gun as part of an experiment.

Richard West, 53, wanted to demonstrate the rate of deceleration of a pellet from an air gun. He recruited around 20 students to hold sheets of paper out at arms length and fired a single round. The pellet passed through about half of the papers before deflecting off a desk and striking one student in the leg. Word quickly got out of the teacher’s lesson and he was quickly suspended and later fired, ending his 20-year career at the school, Daily Mail reports.

“The bullet travelled through the first 10 or 11 sheets, then it must have hit a desk below and cannoned into me,” said 17-year-old Ben Barlow. “It was just a momentary pain, like when you walk into the corner of a table. I was left with just a scratch.”

Even though Barlow was not seriously injured during the test, some parents are outraged the teacher brought a gun to school in the first place.

“I can’t believe a teacher thought it was appropriate to take a gun into a school,” said one parent. “Surely there are safer ways to do this experiment than taking a deadly weapon into the classroom.”

West’s students have banded together in response to the incident, and Barlow has started a Facebook campaign to help his teacher get his job back.