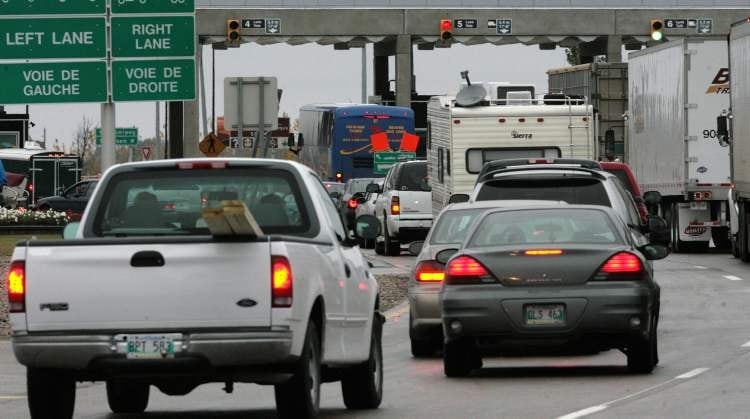 “If you do not declare all firearms or weapons, we will seize them and you may face criminal charges,” states the Canada Border Services Agency. (Photo credit: Winnipeg Free Press)

A Kentucky man could be looking at as many as three years in prison for having a handgun in his car when he attempted to cross into Canada last year.

Under Canadian law, travelers must declare any firearms they have when entering the country or face smuggling charges under Section 159 of the Canadians Customs Act.

Louis DiNatale, 46, of Louisville, Kentucky, is now being charged under the aforementioned law because a Canadian border agent found a loaded Bersa handgun in the center console of his wife’s car, as the LA Times first reported.

DiNatale, a retired U.S. Army sergeant major, contends that he had simply forgotten the gun was there.  To make matters worse, the couple hadn’t planned to go to Canada, but had only made a wrong turn (thanks to a poor GPS system) which brought them to the border.

“I told him I was retired military, I had respect for weapons, and I had a concealed-carry license to do so,” DiNatale said in a statement.

However, our neighbors to the North have what amounts to a zero-tolerance policy on undeclared firearms coming into their country.

Reports of Americans accidentally trying to cross the northern border with firearms frequently run in the Canadian media.

At even relatively quiet crossings like that in Emerson (Manitoba-North Dakota), three Americans on separate occasions were charged with attempting to bring weapons across the border without the proper documentation.

This led Canada’s Border Services Agency to issue an appeal last year to remind U.S. citizens traveling to the country to be mindful of the nation’s gun laws.

“Don’t bring your guns into Canada,” CBSA representative Jean D’Amelio Swyer said. “Leave your firearms at home. But if by chance they do have a firearm in the car, it is imperative that they declare it.” 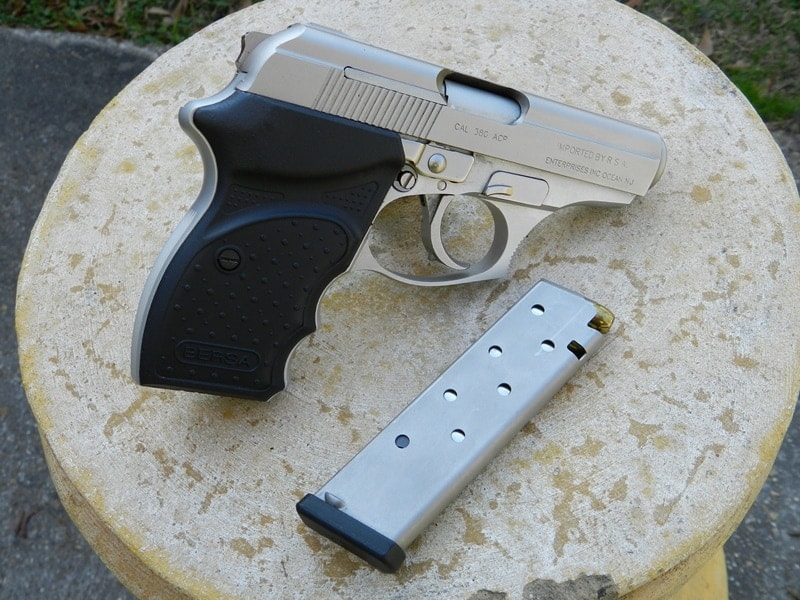 The gun in question was a Bersa, similar to the one seen in this file photo.

Overall, it is legal for Americans to bring guns into Canada, provided they are (a) declared and (b) of an approved class.

According to information supplied by the U.S. Embassy and addressed to travelers from the states heading to the land of maple syrup, hockey and Molson, there are three classifications of firearms in Canada.

These include “non-restricted”, which is primarily rifles and shotguns, “restricted” which includes handguns and pepper spray, and “prohibited”.

It is the latter category, which includes guns classified in the country as ‘assault-type weapons’ and small handguns, that Canada absolutely refuses to allow inside. While the first two classes can brought into the country by U.S. citizens who declare them and get the proper permits and fees, the third cannot.

Due to the fact that DeNatalie’s Bersa has a barrel length of less than 4 inches, it is classified as a prohibited firearm in Canada. Further complicating matters for DeNatalie is that it was found on a search and not declared.

His Canadian lawyer, Bruce Engel, says the government overreacted to DiNatale’s honest mistake and is using his case to send a message.

“I’d like to stress that based on the information before me, Mr. DiNatale is not guilty and should not be punished any further for something that he never intended to happen, ” said Engel in a statement to Guns.com.

Further, “He was held in custody without bail for four days until he was released after I appeared with him at a contested bail hearing.”

DiNatale’s case will come up for trial in June, until then he is back in the United States on a $5,000 bond.