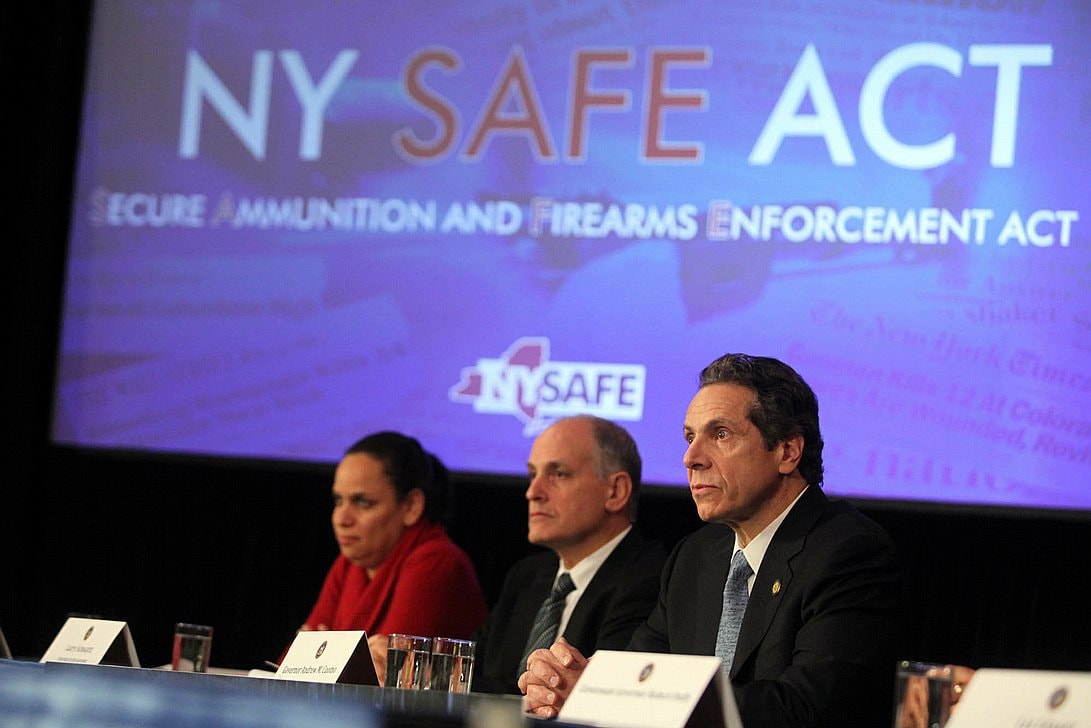 Firefighters in upstate New York are speaking out against the controversial New York SAFE Act, accusing the governor of using them as a political tool to ram through the sweeping gun-control legislation in the wake of a local tragedy.

The Secure Ammunition and Firearms Enforcement Act includes the “Webster provision,” which increases penalties for shooting first responders. The provision was added after two firefighters were fatally shot by an individual who set fire to a home in Webster, New York, on Dec. 24, 2012.

While many firefighters support the Webster provision, which would give an individual life in prison without parole for murdering a first responder, they argue that it was included to entice support for the SAFE Act’s unpopular and stringent gun-control measures.

“The governor took it upon himself to use us as a pawn and I think most of us are not very happy about that,” former Webster Fire Chief Craig Akins told local NBC affiliate WHEC.

“A lot of people thought that a lot of the firefighters were 100 percent behind the SAFE Act,” he continued, noting that many firefighters are in favor of the Webster Provision but vehemently oppose the law’s bans on so-called ‘assault weapons’ and ‘large-capacity magazines.’

Moreover, Akins who knew one of the victims in the Webster Shooting implied that the SAFE Act dishonors the victim’s memory as the man was strongly pro-Second Amendment.

“It is hurtful to use because one of the victims was a huge advocate, a big gun advocate, and I know he wouldn’t be happy right now knowing that these laws were enacted because of anything he had involvement with,” Akins said.

Volunteer firefighter Steve Sessler slammed Gov. Andrew Cuomo for putting his personal agenda before the interest of the public.

“To try and capitalize to push an agenda, especially for a politically ambitious governor, who is looking at the presidency,” Sessler said. “That doesn’t sit well with me.”

Since its adoption last year the SAFE Act has faced several challenges from law enforcement and gun-rights organizations. Most recently, a federal judge upheld a majority of the SAFE Acts’ gun-control provisions, ruling that the magazine ban and the ‘assault weapon’ ban were constitutional.

The judge did, however, strike down the provision that prohibited individuals from loading more than seven rounds in their 10-round magazines.

Now, it appears that both the state and the plaintiffs in the lawsuit are gearing up for a lengthy appeals process.