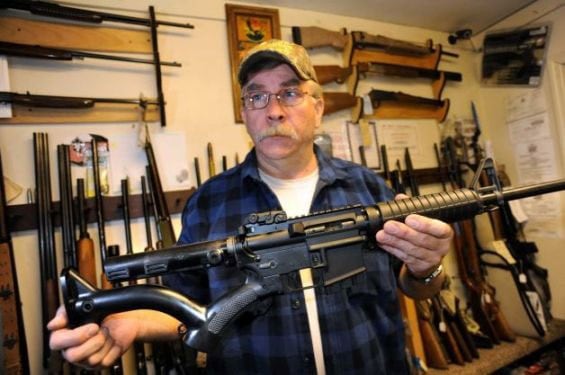 It appears that the residents of New York State aren’t exactly ready to snitch on their friends, neighbors and family members for possessing what the state deems as ‘illegal guns,’ according to a report by a local CBS affiliate.

In fact, in the two years that the illegal tip line has been operating, authorities have only made a single arrest. And the state has yet to hand out the $500 reward promised to tipsters for giving up the name of a person with an illegal gun, granted the tip leads to their arrest and conviction.

The Department of Criminal Justice Services even confirmed the count in an email to CBS.

“There has been one arrest in connection with the NYS Gun Tip Line call. To date no rewards have been given,” the email read.

The single arrest occurred in April 2013 and came out of the town of Moreau, about 50 miles north of Albany. Authorities received a tip about a man attempting to sell a gun on Facebook. An undercover police officer responded to the ad, bought the gun, and William Greene was subsequently charged with “unlawful transfer of an assault weapon” and issued an appearance ticket.

But while the tip line was originally set up in February 2012, almost a full year before the infamous NY SAFE Act was passed, the public likely wasn’t made aware of it until around March of the following year when various gun rights groups and websites caught wind of the tip line and spread the news around the Internet.

So in all fairness, a more accurate statement might be that New Yorkers only turned over one illegal gun owner to authorities within the last year. Either that, or there simply are no illegal guns in New York.

However, according to the Department of Criminal Justice Services, since the NY SAFE Act took effect, there has been 1,291 arrests.