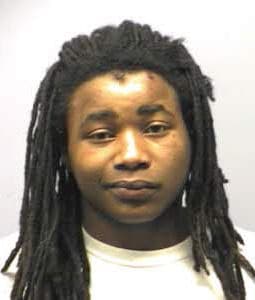 Lee Warren Greene walked into the store looking to steal cash, condoms and cigarettes, but walked out with a bullet in his shoulder instead. (Photo credit: The Roanoke Times)

A convenience store owner in Roanoke, Virginia, got what he described as the “scare of his life” last Thursday night when a man armed with a gun walked into the store and demanded money. But the tables soon turned when the owner grabbed his own revolver and shot the suspect.

According to a report by a local NBC affiliate, even though the suspect had his face partially covered, the store owner, Munawar Hussain, still recognized him because he frequently came into the store to buy cigarettes.

But when 18-year-old Lee Warren Greene III walked into the store this time, he wasn’t looking to buy anything. He came up to the counter, placed what appeared to be a handgun and a shopping bag on the counter and demanded money from Hussain.

Robberies had been a growing problem in the area. In fact, Hussain’s grill, located next door to the store, had been robbed before. Hussain had a security system installed in the store, complete with a silent alarm button, but it failed to work properly that night. So Hussain knew he had to take matters into his own hands.

“I said, ‘Take it. Whatever you like,’” Hussain added.

So Greene took advantage of Hussain’s generosity and began to browse the store for something else he might want. But what Greene didn’t realize was that while he was grabbing for some beer to complete his escapade, Hussain was grabbing for his gun.

Hussain fired several shots at Greene before finally hitting him in the shoulder, but even a gunshot wasn’t enough to stop the teen suspect. Hussain had ran out of bullets, but the altercation continued with a fight that led outside the front of the store.

Several people walked by, but although a few stopped to watch, nobody offered any help to the 56-year-old man tussling with the teen boy. It wasn’t until both men were exhausted that the fight stopped.

Greene took off and hid in a nearby alley, but police found him a short time later. He was taken to a local hospital where he was treated and released for the non-life threatening gunshot wound.

Greene now faces charges for robbery and use of a firearm in the commission of a felony, but it turns out that the gun Greene threatened Hussain with was only a pellet gun.

Hussain, who came to the U.S. in the 80s after working as a military police officer with the Pakistani Army, suffered minor injuries and remained sore from the ordeal, but returned the following morning to reopen his shop on time.

No charges are expected to be filed against Hussain, but once the investigation is complete the case will be sent to the Commonwealth Attorney’s office for review.