The unidentified suspect started his rampage near Delray Beach around 8:15 p.m. He seriously assaulted two victims and a young boy. Deputies first tried tasing the suspect, but when that failed they resorted to lethal force, Sun Sentinel reports. 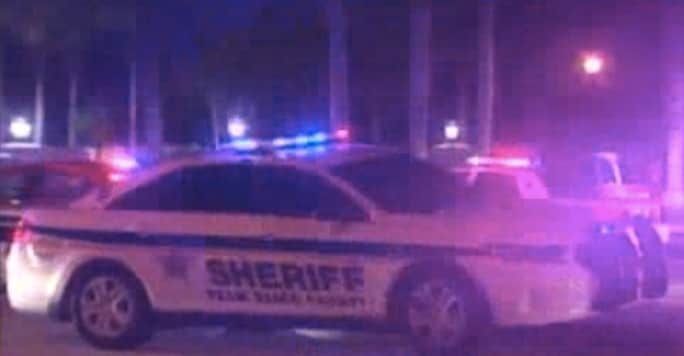 Palm Beach deputies fatally shot the crazed suspect after he severely beat two victims, biting one of them in the face.

The suspect, who was described as 6-foot-3 and 250 pounds, first assaulted a retired New York City police officer before moving on to an 18-year-old who suffered bite wounds to his face. The teen managed to thwart the attack by using a box cutter. Both were badly beaten.

The “superhuman” man then chased after a father and his 10-year-old son, who hurt himself clambering under a fence as he tried to flee.

Responding deputies deployed a Taser, but when the crazed man continued charging towards them, they shot him once in the torso and twice in his lower body. The suspect was transported to an area hospital where he was later pronounced dead.

Palm Beach County Sheriff Ric Bradshaw was pleased with his deputies’ performance saying they “probably stopped a lot of other people from getting hurt really bad tonight.”