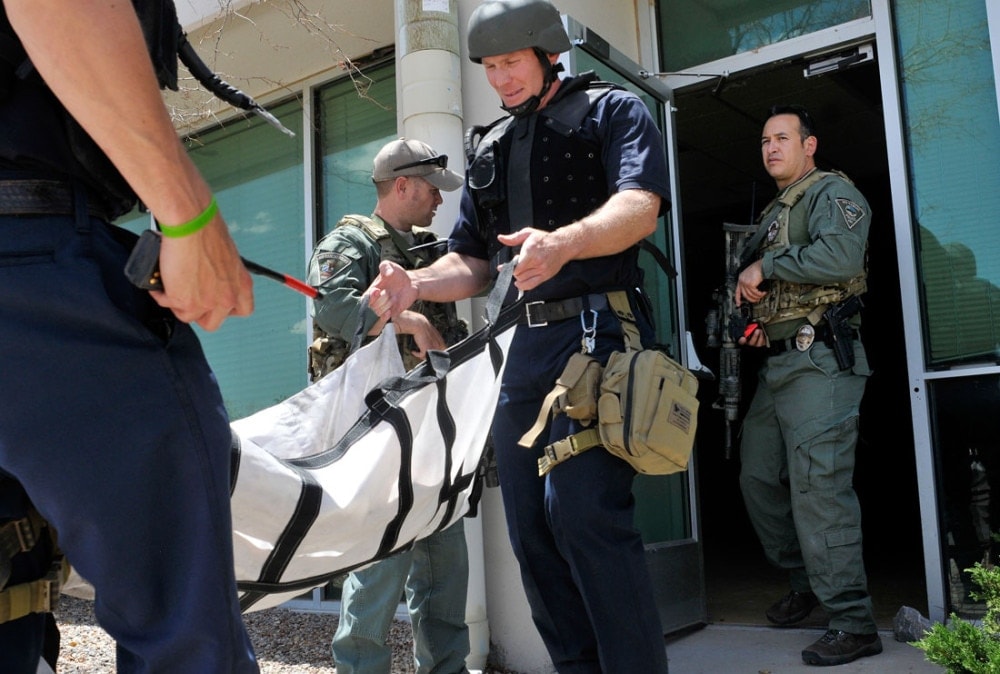 If approved the bill would allow up to $50,000 for equipment and training for New Mexico firefighters to assist in active shooter events. (Photo credit: Marla Brose/Albuquerque Journal)

In an active shooter event, medical first responders often have to wait to be brought in to care for the injured until the police have cleared the area. This can lead to increased suffering and a higher death toll as these EMTs and firefighters are forced for their own safety to standby.

However, this could change in New Mexico, where a state senator has introduced a bill that would provide funding to train firefighters to respond during an active shooter event, as local Albuquerque news affiliate KRQE reported.

On Tuesday, State Sen. Michael Padilla, (D-Albuquerque) introduced SB0282 (pdf), which would provide $50,000 in grant money specifically to the Bernalillo County Fire Department  for training and equipment to respond to active shooters.

Encompassing Albuquerque, Bernalillo County is the most populous county in the state.

This money would allow specially selected teams of EMTs, protected by body armor, to enter as an active shooter incident is unfolding.

Protected by law enforcement, these teams of caregivers could perform triage and reach victims faster than a conventional unit.

“In the past, they would probably stage several blocks away so they’re not in danger from the active shooter while law enforcement actually clears the scene,” said Robert Sanchez, vice president of IAFF Local 244.

This pause would allow the scene to transition from ‘hot’ to ‘cold’ and emergency medical personnel would be brought in as soon as the threat was neutralized.

However, in the new thinking, which is supported by the International Association of Firefighters (IAFF), EMS personnel that are trained and equipped can be brought into the event while it is still ‘warm’.

This means the situation is still ongoing but the casualty is no longer under direct fire. 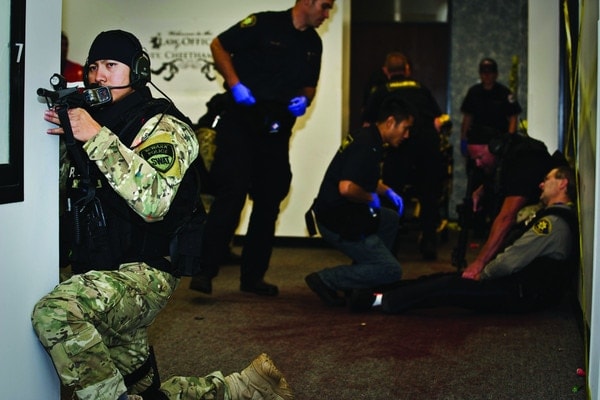 A recent FBI report on active shooters, refers to this as the Rescue Task Force (RTF) concept. The report states that “Securing the scene can take hours. During this time, victims may bleed to death or go into shock and die.”

Its authors advocate the use of these teams, arguing that they would make “a significant improvement in EMS response.”

Recently FEMA has also called for the increased use of bulletproof vests for fire departments and emergency medical personnel.

The BCFD is already familiar with assisting victims of active shooters. Five firefighters were recently decorated for valor after assisting a sheriff’s deputy critically shot during a police chase and shooting spree in October.

The bill is scheduled to be debated in committee in coming weeks.