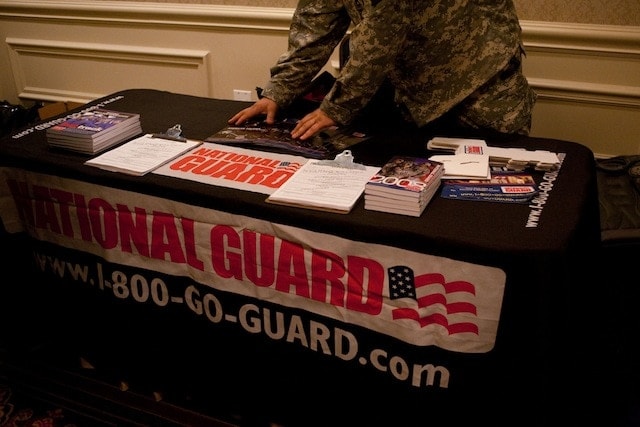 Over 1,200 were implicated in a years-long recruiting scheme that scammed the Army out of nearly $100 million.

National Guard recruiters engaged in a years long scheme that used falsified signup bonuses to siphon millions from the Army, it was discovered during a Senate hearing Tuesday.

In 2005, during the height of the Iraq War, the Army created a program to fill the shortages in the National Guard. Recruiters were paid $7,500 for each new enlistee, but quickly discovered a loophole that allowed them to collect even more money. In total, over 1,200 people scammed nearly $100 million in falsified signups, the New York Times reports.

According to criminal investigators, it wasn’t just recruiters who were implicated. Two generals, dozens of colonels, soldiers, and even civilians had collected “bounties” for enlistees they had not recruited.

While the program recently received criticism, former director of the Army National Guard Lt. Gen. Clyde Vaughn defended it, saying it was both necessary and effective while also admitting he was unaware of the large-scale scam.

“I told them: We got to catch the first peckerwoods to get out here and mess this thing up for everybody, and we got to prosecute them quickly,” Vaughn said.

Sen. Claire McCaskill, Democrat of Missouri and chairwoman of the Senate panel, said the investigation was “one of the largest that the Army has ever conducted, both in terms of the sheer volume of fraud and the number of participants.”

The statue of limitations may protect some soldiers from being charged, but McCaskill said those found guilty “have dishonored the uniform we are all so proud of.”