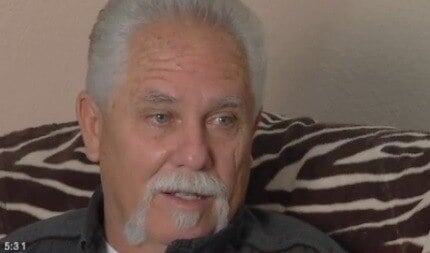 When armed agents from the state showed up at Michael Merritt’s Bakersfield home on Nov. 5, it was for his guns.

Charged with a crime forty years ago, that no longer exists, for which Merritt advises that he received probation and a fine of about $100, he was no longer eligible to own firearms.

The crime, a charge for marijuana possession when Merritt was a teenager, is no longer even listed in the state’s criminal code.

The agents were from the California State Department of Justice’s Armed and Prohibited Persons System (APPS). The 33-agent unit, founded in 2001, is assigned with seizing once legally owned firearms from those who have been adjudicated no longer eligible to own them by the state.

According to information from the CA DOJ, the APPS program has seized 1,209 firearms, 155,731 rounds of ammunition, and two grenades from 723 individuals over the course of 1011 cases.

Approximately $24 million in funds were recently added to the unit, drawn in part from mandatory DROS (Dealer Record of Sales) fees paid during gun purchases.

This increase in funds has allowed the unit to conduct more sweeps in recent months, including a well-publicized one in Fresno the same month as Merritt’s raid. In addition to hiring another 36 agents, doubling the size of the unit, it enabled the task force to conduct 3,885 investigations and seize 2,714 guns in 2013, a figure almost three times as high as two years ago.

In cross-referencing the state’s lists of registered gun owners against lists of felons, individuals with history of violence (domestic violence/restraining order), wanted persons, or severe mental illness, the APPS flagged Merritt for a raid. The 18 firearms seized that day included five handguns that Merritt purchased legally, guns he inherited, and even firearms owned by his wife.

“We told them to leave the house and go get a warrant and they said that’s fine,” wife Karla Merritt, said.

“But, when we get the warrant and we come back, you’re going to jail,” agents reportedly told the couple. 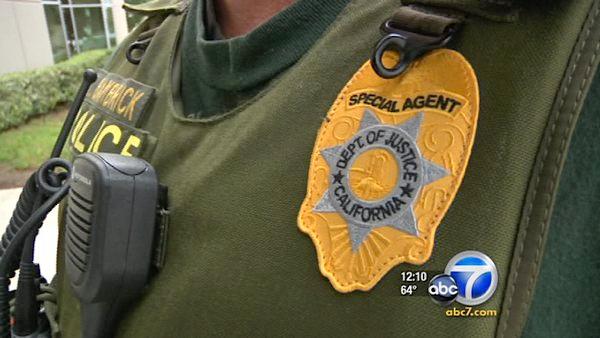 The California DOJ employs over sixty Special Agents whose mission it is to seize illegally owned guns from ‘prohibited persons’ in the state. (Photo credit: ABC7 News)

In a strange twist of fate, two weeks after Merritt’s guns were seized, agents called him with a piece of good news. It seemed he was, after all, eligible to still possess his firearms under state law and they wanted to bring them back.

When the APPS agents did so on Nov. 21, Merritt and his wife recorded the exchange and inventoried their firearms, making sure all eighteen were accounted for.

The DOJ admitted they made a mistake, claiming in a statement to KBAK/KBFX news the agents in Merritt’s case were working from court records that had not been updated. That the original 1970 charge had been reduced to a misdemeanor and therefore, he was not a felon.

“I’m glad we got them back, we got lucky,” Merritt said. “Because we never thought we’d see the guns again, ever.”

This is not the first instance of the APPS dragnet sweeping too wide. In August last year an Upland, California, man had his guns confiscated by the state after his wife checked into the hospital following an adverse reaction to a change in medication.

Citing incorrect hospital charts, the state came to get their guns nine months later, only to return them after the mistake was uncovered.

The NRA has come out against the program several times in recent months, producing videos to educate California gun owners as to the DOJ’s program. They maintain that APPS suspects are overwhelmingly non-violent, and, like Merritt, were unwittingly prohibited from firearm possession and typically don’t even know of their prohibited status or that they may be violating the law.

The Calguns Foundation hosts a 10-page primer written by a law firm for those who may face one of these actions in the future.

In figures quoted directly from APPS, an estimated 17,921 un-contacted individuals in California could very soon be getting a knock on their door.