The Albuquerque Police Department released the bodycam footage on Tuesday of the high-speed pursuit and shootout.

Donning body armor and fatigues and wielding what dispatch identified as an AK-47, 35-year-old Christopher Chase laid in wait for responding officers on Oct. 26. He stole a police vehicle and led police on a 16-mile high-speed pursuit. He managed to shoot four law enforcement officers and crash into a gas pump before being fatally shot in a volley of fire, according to the Albuquerque Journal.

The seven minutes of video is spliced together from hours of footage and gives an overview of the entire incident. 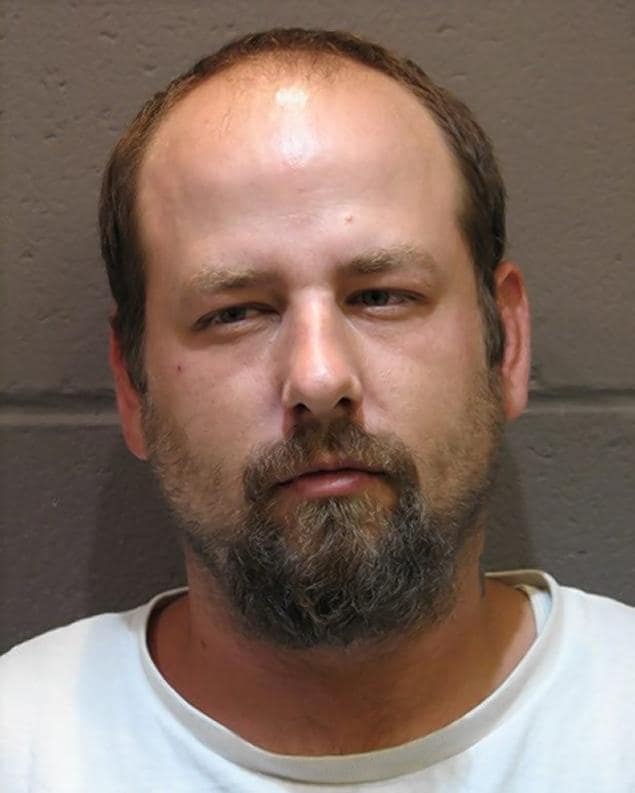 Christopher Chase, who had “cop killer” tattooed across his knuckles, was fatally shot by police.

Chase, who had “cop killer” tattooed across his knuckles, was found to have no drugs in his system. The autopsy revealed he suffered at least eight gunshot injuries. Three to the neck, one in the back of the head, one in the upper back, two in his left arm, and one “gaping” laceration across his scalp.

Though four officers were shot and injured during the altercation, all survived. Deputy Robin Hopkins, 45, was shot in the leg and had a major artery severed, KOAT reports.

“As far as my leg, it’s going to be a while,” Hopkins said. “I still have about two more surgeries coming up and it’s just constant, everyday towards getting better my rehab.”

“I do my job because it’s how I serve my community, and I just love it,” she continued. “And I don’t think about anything else except for loving my job.”