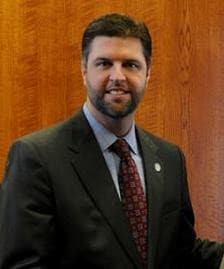 “I know of instances where people have owned and possessed a gun but had to wait up to 90 days to receive a permit from the state” says Sen Jared Carpenter, sponsor of SB106 (Photo credit: Facebook)

A Kentucky bill that would grant victims of domestic violence a temporary concealed carry permit passed the Senate Judiciary Committee Thursday and now heads to the floor for a second reading.

Senate Bill 106 would allow a person protected by an emergency protective order or a domestic violence order to carry, if authorized by the issuing court, a concealed deadly weapon for a 90-day period. Although the bill would fast track the process, those who are granted the short-term status must meet the same requirements as those who obtain a standard carry permit.

First, one must pass a background check from their local sheriff, be photographed and pay a $25 fingerprinting fee. Likewise, the temporary permit would be exempt from being considered a public record.

Since these orders would be processed at the county level, bypassing the state, they could conceivably be granted within a couple of days.

Sen. Jared Carpenter (R-Berea), who introduced the bill on Jan. 30, contends that these temporary orders would allow victims of domestic violence an opportunity to legally protect themselves during the up to 90-day period it takes to process a regular concealed carry permit in the state.

“It’s to help folks that are having issues and need to protect themselves,” Carpenter told Guns.com in an interview Friday.

“There are situations where a person is in immediate danger and has a restraining order but they can’t carry concealed without a permit. I know of instances where people have owned and possessed a gun but had to wait up to 90 days to receive a permit from the state,” Carpenter said. 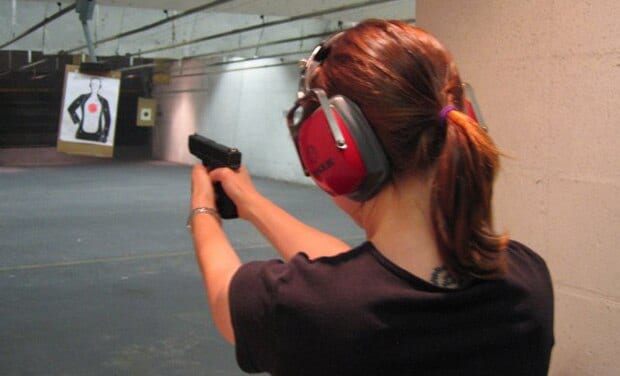 According to the Kentucky State Police, a permit issued by them mandates a training course, $60 fee and can take up to three months. (Photo credit: US Concealed Carry)

This is not the first time that the first-term state senator has made news in pro-gun legislation. In 2013, Carpenter was the sponsor of SB129 that at least symbolically nullified federal gun laws inside the state.

According to information in the state’s CCW website current concealed carry permits in the state cost $60 and run for a period of five years, but can take up to 90 days to grant.

They are reciprocal in 35 states that recognize these permits. It is unknown whether these states would recognize the temporary orders as they do Kentucky’s established permits.

Likewise, the state police require permit holders to attend a firearms training course from an approved instructor at their own expense before issuing a permit. SB106 does not mention specifically if this requirement will be waived.