An 84-year-old former Marine was held at gunpoint and burglarized but managed to fend off the two burglars that broke into his Albuquerque home earlier this week.

Tom may have woken up to the sight of “a large revolver” held to his face, and he may have been unarmed, but the former Marine quickly sprung into action and regained control of the battlefield that was unfolding in his home, KOAT reports.

“They came in, they point the gun and I just stood my ground,” Tom said. 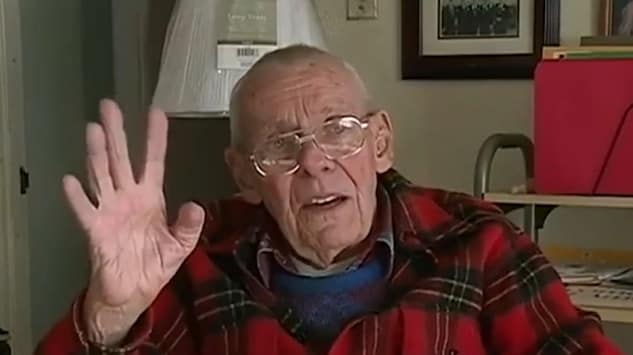 Tom says his life was threatened a total of four times that night, but he still managed to come out on top.

But Tom did more than just stand his ground. As one crook pilfered his house the former Marine punched the other one hard in the groin. At one point one of the thieves tried strangling Tom with his own radio cord, but he gave them that old Marine Corps spirit and walked away the victor.

The old Devil Dog is still tough as nails but doesn’t attribute his success to his own strength.

“I go to church every day,” he said. “And because of that I think He kept me alive.”

Tom lost his TV, a gun, laptop, and his car, but the two criminals lost their dignity.

Albuquerque police have already caught one of the suspects, identified as Jose Gomez, and are still in search for the other.