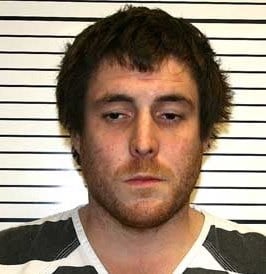 Henry Magee has been in prison since the Dec. 19, 2013 raid in which he shot and killed a detective who had burst into his home on a ‘no-knock’ warrant. A grand jury cleared him of charges related to the shooting this week. (Photo credit: Burleson County Sheriff’s Department)

When Henry Magee heard people burst into his Texas home before 6 a.m. on a Thursday morning in December, he grabbed his rifle, came face to face with an armed man, shot, and killed him.

It was only later that Magee found out that the man was Sgt. Adam Sowders, an investigator with the Burleson County Sheriff’s Department who was there serving a search warrant for drugs.

Now, seven weeks after the shooting, Magee has been cleared by a grand jury of all charges related to the detective’s death.

“This was a terrible tragedy that a deputy sheriff was killed, but Hank Magee believed that he and his pregnant girlfriend were being robbed,” said Magee’s attorney, Dick DeGuerin Thursday.

“He did what a lot of people would have done. He defended himself and his girlfriend and his home,” continued DeGuerin. “When awakened by a loud boom and somebody’s kicking in the door, they defend themselves.”

The sheriff’s office had been granted a no-announcement warrant, popularly referred to as a ‘no-knock’ warrant. These rare orders are granted to allow law enforcement to enter into a suspect’s space without first knocking and announcing their presence to preserve the tactical advantage of surprise.

These types of warrants have been plagued by controversy in recent years. According to the Cato Institute, 40 bystanders have been killed since the early 1980s in no-knock warrants gone wrong. 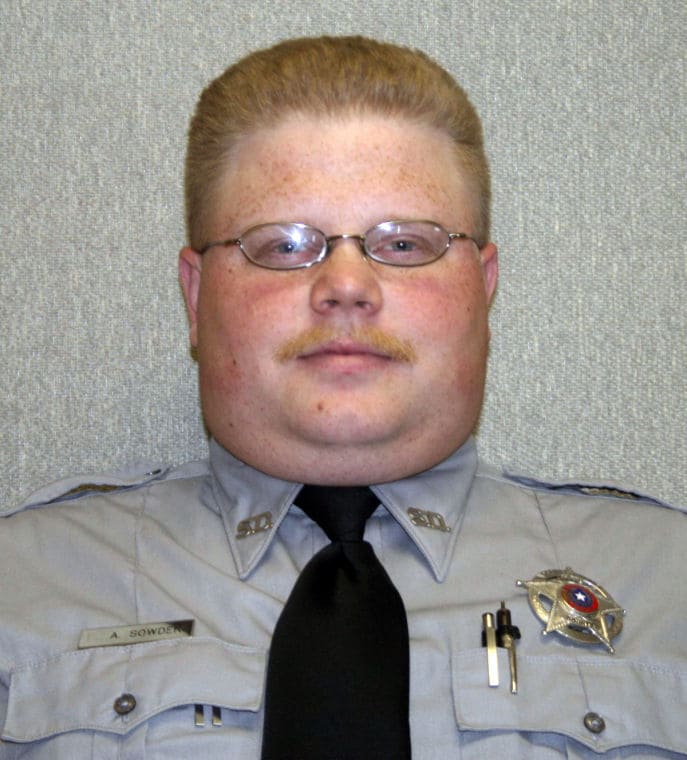 Sgt. Adam Sowders, 31, had just been promoted in the months prior to the raid that took his life. (Photo credit: Burleson County Sheriff’s Department)

The warrant, according to an earlier story, had been issued on a tip from a police informant who had just been arrested.

A small amount of marijuana was, in fact, recovered at Magee’s home. For the illicit drugs, the same grand jury that cleared Magee on the shooting handed down an indictment for possession of marijuana while in possession of a deadly weapon, a third-degree felony.

Magee, 28, lived in a mobile home on County Road 278 near the rural community of Snook, some 90-miles from Houston. The community is so small that the families of both the Magee and Sgt. Sowders know each other.

Julie Renken, the district attorney for Burleson County, said in a statement Thursday she thought the sheriff’s office acted correctly during events that “occurred in a matter of seconds amongst chaos.”

Magee has been in jail since the shooting, unable to meet his court ordered million-dollar bond on capital murder charges. With the grand jury clearing him on that charge, his bail amount is expected to be reduced. He still will face the drug charges as filed.

If found guilty on the drug charges he faces up to ten years in prison and a $10,000 fine according to the Texas penal code.

It should be noted that DeGuerin, Magee’s attorney, is well known not only in Texas but also across the country. He is an adjunct professor at the University of Texas School of Law and has defended clients as diverse as David Koresh and Tom DeLay.