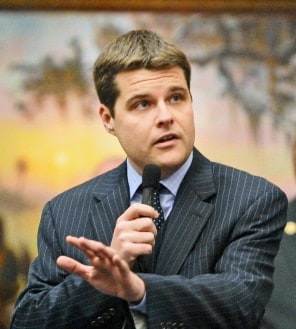 A Florida bill, HB255, introduced by Rep. Matt Gaetz (R-D4) would allow citizens to sue insurance companies over discriminatory practices directed at those who exercise their right to keep and bear arms.

In its language, it aims to make insurance companies in the state responsible if they raise rates or refuse policies to residents because they own firearms.

Currently this type of discrimination is already policed by the Florida Office of Insurance Regulation. But this new bill, which was introduced in November, would allow individuals to sue the companies directly if they feel they are victimized.

It would make it unlawful to for insurance companies to “charge an unfairly discriminatory rate in this state based on the lawful use, possession, or ownership of a firearm by the insurance applicant, insured, or a household member of the applicant or insured.”

Yet despite its sensible language, some lawmakers oppose the bill.

“If an insurance company wants to exclude assault-type weapons, it seems to me that it is good to exclude if they desire to,” said Rep. Kevin Rader (D-D81). “Certainly I know on animal exclusions they exclude Doberman Pinschers and Rottweilers.” 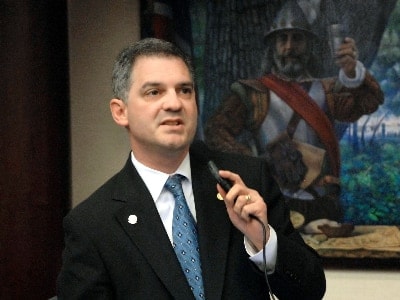 Still, many groups see such discrimination as an affront to the Second Amendment.

“We would strongly oppose any effort by insurance companies to discriminate against the lawful exercise of a fundamental civil liberty protected by the Second Amendment. One can easily imagine the loud protest if carriers charged different premiums based on what you read or watched.”

“Discrimination is alive and well and is addressed in this bill,” said Hammer.

“It’s a very simple issue when insurance companies start questioning policy holders about firearms that they may or may not own,” she continued. “You can be sure that it’s for the purpose of some kind of screening that leads to discrimination.”

She then posed the question of whether insurance companies are being as straightforward as they maintain they are about their current polices.

“If an insurance company says, we don’t need this bill because they are not discriminating against customers, then why are they fighting against something they say they don’t do anyway?” Hammer asked.

HB255 still has to make it past both the House Regulatory Affairs Committee and Civil Justice Subcommittee before it can be voted on. A similar measure in the state Senate, SB424 is also making  headway.