Brass exiles Marine Corps Times to back of store, due to criticism of commandant? 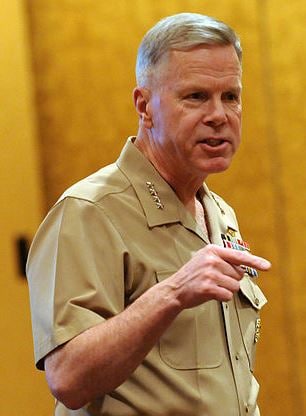 In recent years, Marine Corps Times has been openly critical of current commandant, Gen. Jim Amos, which may have led to the paper’s removal from its easy access in base exchanges. (Photo credit: US Navy)

The Marine Corps Times newspaper, which has long been displayed on register newsstands at base exchanges around the world, will now be relocated to less prominent locations in the back of stores.

Reasons for the move are cloudy, but some suspect it may have to do with the publication’s criticism of the commandant, four-star Gen. James F. Amos.

Meanwhile, Marine Corps officials said the move was done to “professionalize” the front area of exchanges and that the space would be “only authorized to display Marine Corps Exchange promotional materials.”

In addition to those explanations, a representative of the Marine Corps’ Semper Fit and Exchange Services Division told the publication that it was not consistent with the Marine Corps “brand.”

MCT reports that their local distributors were advised that the move was due to poor sales, despite the fact that sales data shows that the MCT outperforms its rivals by a factor of 10 to 1.

The latest data shows that the paper enjoys a circulation of 35,000, which is small for a nationwide publication, but it is still very well respected.

The Marine Corps Times is not funded or published directly by the military branch.  A subsidiary of the Military Times Group owned by Gannett Government Media, it is outside the editorial control of the Corps’ leadership. As such, it is free to publish pieces that are critical of leadership or Marine Corps initiatives. 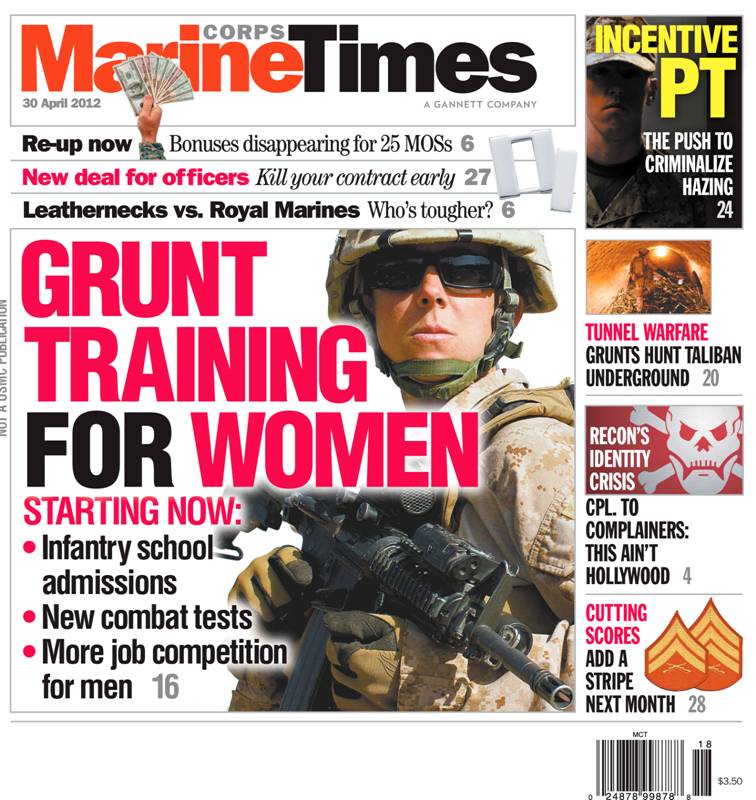 Several such pieces, targeting the commandant’s alleged abuse of authority to ensure Marines were punished for a video showing four scout snipers urinating on dead insurgents in Afghanistan, were published last year.

A source, who spoke on the condition of anonymity, told the MCT that the new directive was approved with the commandant’s knowledge.

“It is no secret [in the Pentagon] that the commandant does not like Marine Corps Times,” the source added.

In an interview with Guns.com, Andrew deGrandpre, Managing editor of Marine Corps Times expressed surprise by the decision to kick the publication from its long-held place inside base stores.

“I’m disappointed to say the least as is the vast majority of our newsroom,” said deGrandpre. “This raises questions in the minds of Marines and their families.”

“We have a vital function to the rank and file in the Corps as well as their families to cover not only subjects like career trends, new gear, and the next big deployment but also the responsibility to tell the tough stories,” he continued.  We like to say that we cover the Corps the way it is, not necessarily how some would like it to be.”

Marine Corps Times has long paid to have their publication displayed at registers in Marine Corps base exchanges around the world, even going so far as to have special racks built to hold the out-sized newspaper alongside more standard publications.

Perhaps, to make matters worse, it wasn’t the head shed who told the MCT that their paper was being relocated, but the publication’s local distributors who found out from the base exchanges after the change in policy had been issued. 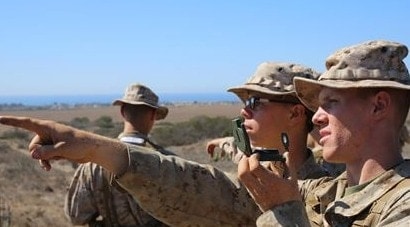 Marines, renowned for their skills at land navigation could have to spend more time searching for the Marine Corps Times in the future. (Photo credit: USMC)

DeGrandpre feels that moving the paper from its traditional place has a fourfold impact on the publication. Not only will it limit access to the rank and file marine and their families, but also it will decrease the level of advocacy that the paper can bring to the Corps. Then there is an impact on the effect it will have on the transparency of leadership inside the Corps.

Finally, and most directly, it will affect the distributors of the paper themselves.

“Many of our distributors that fill those racks are active duty military, vets, or their spouses who are out working for an honest buck,” said deGrandpre.

Additionally, MCT reporting staff were some of the first chosen to embed with U.S. troops in the field in Afghanistan in 2001.