Acoustic scientist use gun to produce longest echo on record 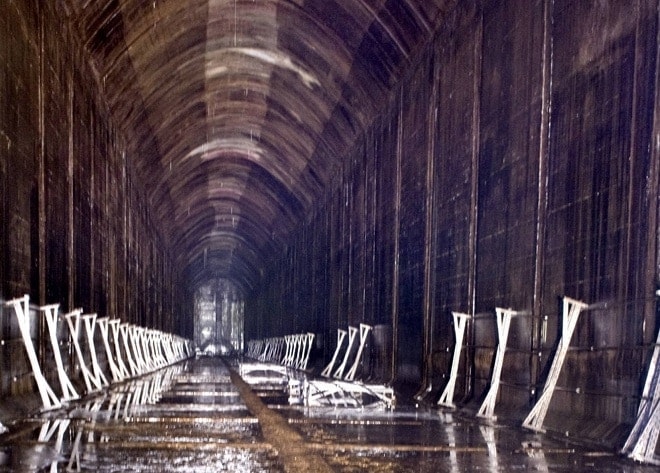 A new world record has been set for the longest man-made echo. It was done by discharging a firearm into a hardened underground furnace oil tank under the Inchindown complex near Invergordon in Ross-shire, England. The echo reverberated for 112 seconds. The previous record of a door slamming shut in a mausoleum, was for 15 seconds.

The oil reserve was carved out of solid stone and is the size of two soccer field end-to-end during World War II, with foot-and-half-thick walls. With its 45-foot high ceiling, the tank was capable of holding 6.7 million gallons of oil.

There aren’t tunnels into the tank; the man who set the record had to be squeezed through a pipe into the reserve.

“It was like going underground into a Bond villain’s lair. But never before had I heard such a rush of echoes and reverberation,” said Trevor Cox, professor of acoustic engineering at the University of Salford and author of “Sonic Wonderland: A Scientific Odyssey of Sound” to the Independent. “I started off just playing around, whooping and hollering. The sound just goes on and on and on.”

“Then when we fired the pistol my initial reaction was disbelief; the reverberation times were just too long. I knew immediately we had a new world record.”

They don’t say what gun, exactly, was used to set the astounding new record, but guns were what made the world’s longest echo possible.