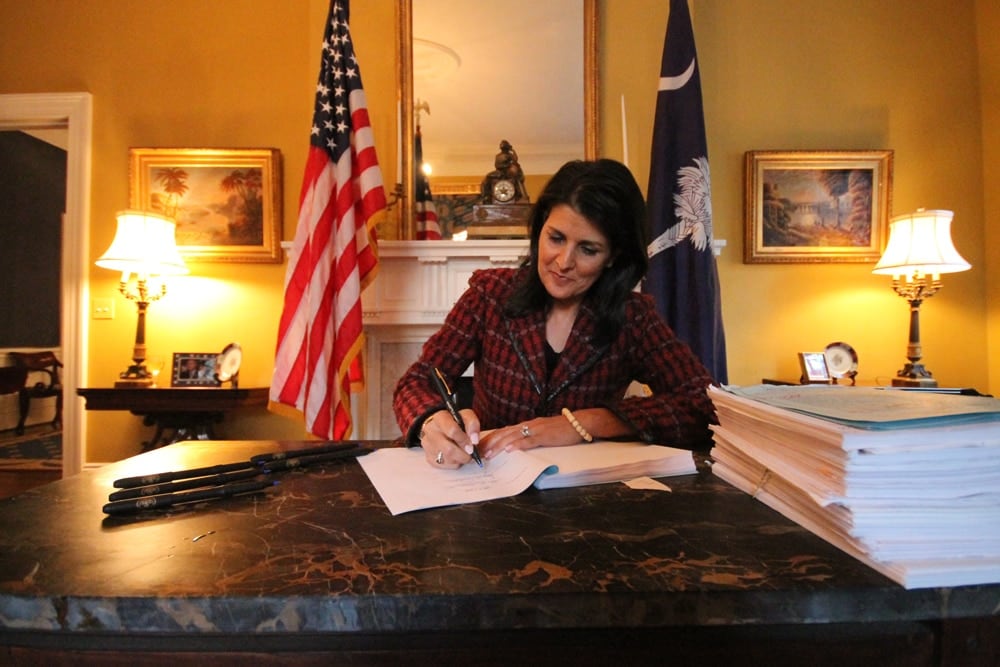 The bill, among other improvements, allows individuals permitted to carry a concealed weapon to carry in places that serve alcohol.

“In an effort to preserve South Carolinians’ 2nd Amendment rights, the bill allows for gun owners with a Concealed Weapons Permit to carry firearms in restaurants that serve alcohol, while also allowing an owner to ban individuals from carrying firearms in their establishment,” said a press release on the event.

The bill was more than a year in the making, as it was first introduced last January.

Just a week shy of its 1st birthday, it passed the South Carolina House on Jan. 23 in a final 90-18 vote after clearing the state senate. 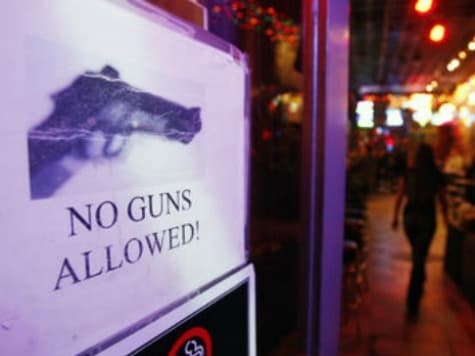 S.308 will allow the carry of guns in establishments that serve alcohol provided the CWP holder does not consume any and no signs are posted to prohibit it. (Photo credit: AP)

Specifically, the bill stipulates that while a CWP holder may bring his/her concealed firearm into a restaurant or bar, he/she is prohibited from imbibing while there. In short, permit holders will have to make a decision before heading out: it’s either the gun or the booze.

Any CWP holder found in violation of the new law (drinking while carrying) can have their permit revoked for a period of five years, as well as a $2,000 fine and up to two years in prison.

Additionally,  the lifespan of the permit will now run five years instead of four and residency and background check requirements will be eased.

The full list of provisions, courtesy of Carolina Live.com:

– Removes proof of residency requirements and expands the range of acceptable photo identification that may be used when applying for a CWP.

– Eliminates the 8-hour training requirement for a handgun course, but maintains the topics that must be covered in that class.

– Waives training requirements for individuals that can prove they have completed military basic training or is a retired law enforcement officer that proves graduation from the CJA.

– Deletes the assumption of applicant endorsement by a local sheriff if the sheriff chooses not to comment on a CWP application.

– Allows SLED to engage in electronic communication with an applicant.

“Rather than addressing South Carolina’s epidemic of gun violence and the devastating impact it is having on our citizens, our elected officials are passing dangerous legislation that is anti-business and anti-tourism,” exclaimed Dando, in a statement released by the group.

“This law will endanger our families and communities by allowing minimally trained civilians to carry concealed, loaded guns in dining establishments,” said Dando.

The Governor had clarification of her own in Tuesday’s signing ceremony.

“The idea of going into a restaurant and having to leave it in your car causes concern on whether it will be stolen … because as a CWP holder you are responsible for your gun,” she continued.

“When it is not with you, you are concerned about who else it could be with or if somebody else could get it,” Haley concluded.