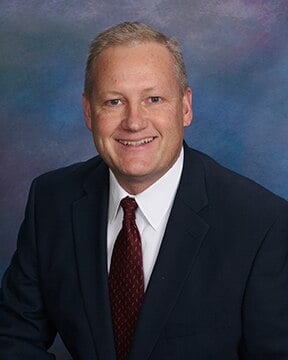 In a continuation of the Democrat-controlled state legislature killing pro-gun bills this session, the Colorado House Judiciary Committee voted down HB 14-1157, which would have allowed qualified staff to carry concealed firearms on school premises.

The bill came about after an attack last year at Arapahoe High School in Centennial, Colorado.

During that incident the 18-year old assailant walked into the school armed with a shotgun, a machete, and Molotov cocktails, shot one student and set the library on fire while looking for a teacher whom he had a prior altercation with.

The shooter in this case took his own life when confronted by an armed school resource officer two minutes into the event.

“The status quo is unacceptable. We need to give our schools every option for protecting our children,” said Rep. Steve Humphrey, (R-Severance), the bill’s sponsor.

Humphrey’s legislation, HB 14-1157 would have given individual school districts the power to implement policies for teachers and administrators to carry on campuses provided the school personnel had valid CCW permits.

While the text of the bill did not specify any further training requirements, it would allow each district to set their own requirements. 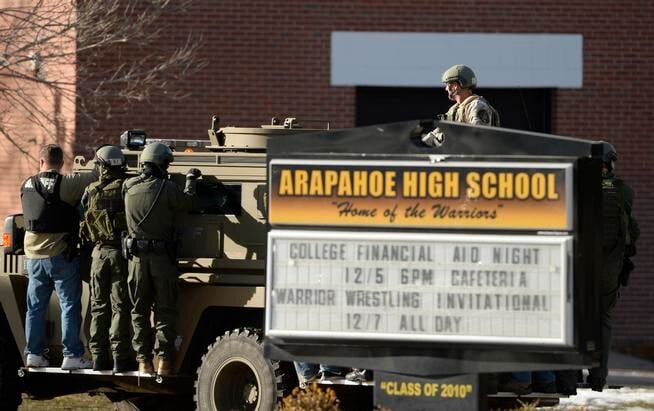 The bill’s defeat comes less than two months after a student at Arapahoe High School in Centennial,Colorado, had his shooting spree interrupted by an armed school resource officer. (RJ Sangosti/The Denver Post)

This type of legislation has been gaining traction nationwide.

One such law, called the School Sentinel act, was adopted last summer in South Dakota.

However, there are ramifications to these new laws. In Kansas, after a bill to arm teachers was signed into law, the state’s largest insurer of schools threatened to refuse coverage if educators started carrying.

The latest Colorado bill was voted down by the House Judiciary Committee in a party line vote of 7-4 Tuesday afternoon after a marathon six hour public meeting.

“Unless an officer is right there on school grounds when an incident breaks out, the likelihood of getting there in time to help the kids is quite difficult.” said Steve Reams Tuesday, defending the legislation.

Reams spoke as a Bureau Chief with the Weld County Sheriff’s office and survivor of the 1993 Amarillo Texas School shooting.

Nevertheless, the committee was not compelled.

The speakers against the bill included the Colorado chapter of Moms Demand Action as well as a number of parents, students, and teachers who opposed the measure.

“There’s no reason for teachers to have guns in school when we’re trying to keep guns out of schools in the first place,” said Karina Vargas, who was paralyzed in 2010 from a shooting outside Aurora Central High.

A similar bill that had been introduced to the state senate last month was defeated in that chamber’s Judiciary committee on a 2-3 party-line vote.

In their defeat, they join other pro-gun bills that would have repealed enhanced background checks and the state’s new 15-round limit on magazine capacity.