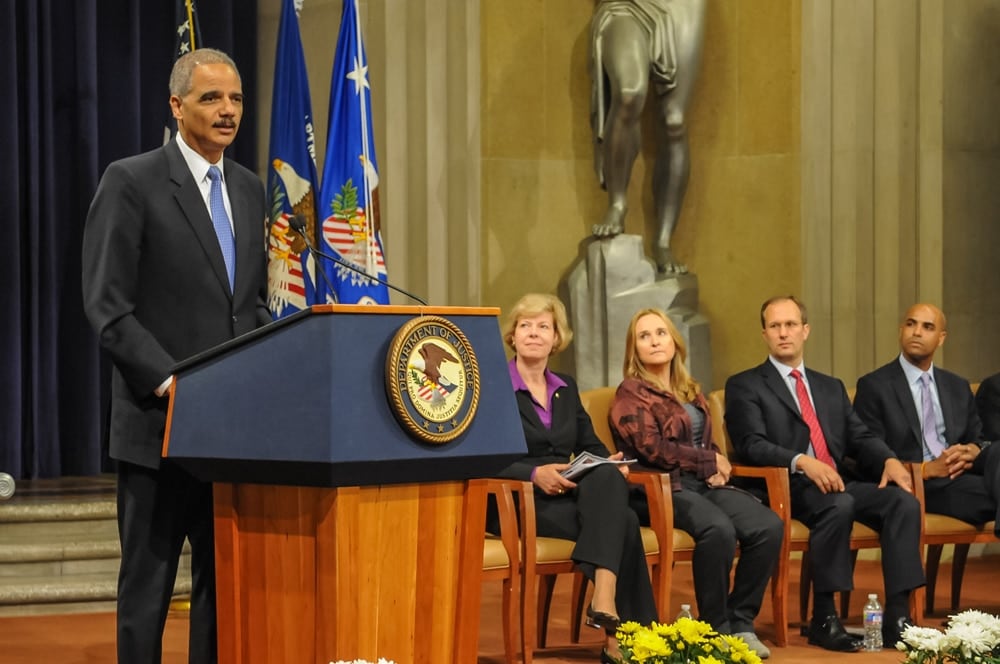 The Bureau of Alcohol, Tobacco, Firearms and Explosives is working to “recognize same-sex marriages as broadly as possible,” a directive released this week by Attorney General Eric Holder.

“The Department (of Justice) is committed to ensuring equal treatment regardless of sexual orientation, and to using every tool and legal authority available to combat discrimination and safeguard the rights of all Americans,” Holder wrote in a memo to Justice Department employees.

In order to comply, the ATF updated its guidelines to interpret “‘spouse’ … to mean a same sex or opposite sex spouse whose marriage is valid in the jurisdiction in which it was performed.”

Now if a person who owns a licensed firearms or explosives business dies, his or her surviving spouse, same sex or opposite sex, may carry on the business for the remainder of the term of the license. That is, of course, as long as the surviving spouse is not a convicted felon or has some other legal issue making them ineligible to obtain the license.

Also, the license must be endorsed by the ATF within 30 days from the date the surviving spouse begins to carry on the business.

However, turning over a licensed firearm business to a surviving spouse is just a small part of the DoJ’s plan to broaden its interpretation of marriage.

According to the memo, same-sex couples can receive all benefits afforded to opposite-sex couples, and can file for bankruptcy jointly, decline the right to testify in a civil or criminal case if it might violate his or her marital privilege, and, if he or she is a federal inmate, receive visitations from their spouse.

The directive follows the supreme court case United States vs Windsor, which declared the Defense of Marriage Act unconstitutional. The Windsor case essentially said that the federal interpretation of “marriage” and “spouse” also applies to same-sex marriages.

While the DoJ implements the changes, the definition will not cover domestic partnerships or civil unions.