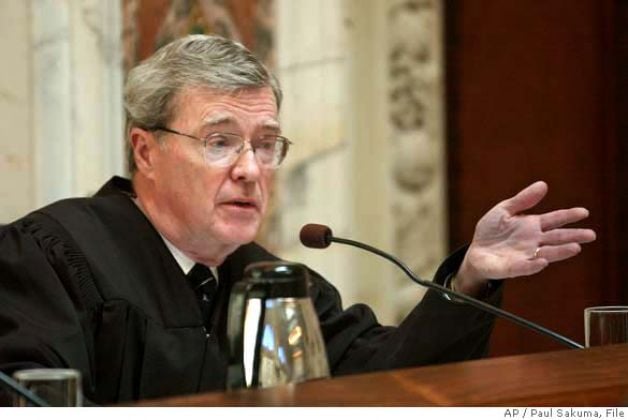 Federal Judge Diarmuid F. O’Scannlain wrote that the Second Amendment has “Always been an individual right to defend oneself,” in the 9th US Court’s decision on Peruta v. San Diego Thursday. (Photo credit: Associated Press)

In a ruling Thursday afternoon, the 9th Circuit Court of Appeals reversed an earlier court ruling that self-defense was not a good enough reason for granting a CCW in California, stating that the Second Amendment guarantees the right to carry a gun in public.

This is seen as a strike at the  practice of ‘may-issue’ in California, which is where a citizen has to prove why he or she needs a permit and if they do so effectively, the local authorities ‘may issue’ one. This is different from ‘shall-issue’ states where most lawful citizens can simply apply for and be granted a permit after a background check and fees.

According to Handgunlaw.us, just eight states, including California, are currently considered may-issue states, with the majority being shall-issue.

The case came about when Edward Peruta applied for a concealed carry permit in San Diego in 2009 and was refused because he could not show ‘good cause’ as to why he felt the need to carry a gun. Afterward Peruta sued the county and its sheriff claiming that they denied him his Second Amendment rights.

Four other applicants along with Peruta later joined the lawsuit, which has been backed by the National Rifle Association among other groups. It sought to establish ‘self-defense’ as sufficient for ‘good cause’ in San Diego County and grant CCW licenses to the five applicants.

The legal history on the case is vast, dealing with more than 120 different complaints, motions and appeals dating back to 2009. This included numerous briefs from such noted Second Amendment scholars as David Kopel and former U.S. Solicitor General Paul Clement. 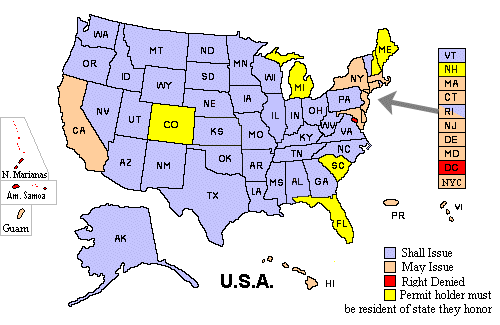 California is one of only eight states that maintain ‘may-issue’ laws for CCW holders. (Photo credit: Handgunlaw.us)

The case was lost in U.S. District Court on Dec. 12, 2010 and Thursday’s reversal came from the U.S. Court of Appeals.

The three-judge panel consisted of two Republican appointees and one Democrat.

A two-judge majority of Diarmuid F. O’Scannlain, a Regan-era appointment, and Consuelo M. Callahan, a Bush-appointee, reversed and remanded the case in Peruta’s favor. In a 79-page opinion written by O’Scannlain, the court took on a case with a wide historical view.

The court stated in its decision that, “In California, the only way that the typical responsible, law-abiding citizen can carry a weapon in public for the lawful purpose of self-defense is with a concealed-carry permit. And, in San Diego County, that option has been taken off the table.”

Further, the court states that the Second Amendment has “always been an individual right to defend oneself” and “states may not destroy the right to bear arms in public under the guise of regulating it.”

The court based many of its interpretations of the Second Amendment on findings from the landmark 2008 District of Columbia v Heller case that was decided by the Supreme Court. In fact, the word ‘Heller’ is mentioned more than a hundred times in the decision.

The Calguns Foundation, coupled with the Second Amendment Foundation, has a similar case, Richards v. Prieto, which involves the Yolo County Sheriff that was heard by the 9th Circuit Court the same day as the Peruta case and they are expecting a similar outcome. 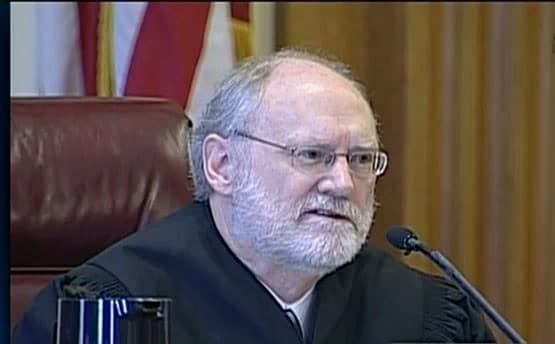 He then backed up his points of contention with a 48-page argument going back to the 16th Century with Queen Elizabeth I’s calling for the regulation of pistols in cities.

“This is an important ruling for the Second Amendment,’ said Lawrence G. Keane, Senior Vice President, Assistant Secretary& General Counsel for the National Shooting Sports Foundation in a statement to Guns.com.

“Increasingly the courts are recognizing that the “right to keep and bear arms” involves two rights, rejecting the false interpretation of the holding in Heller advanced by anti-Second Amendment groups,” said Keane.

The decision is not binding in the state as San Diego County may petition for en banc review, which would send the case back before the courts where a panel of judges will once again weigh in on its merits.