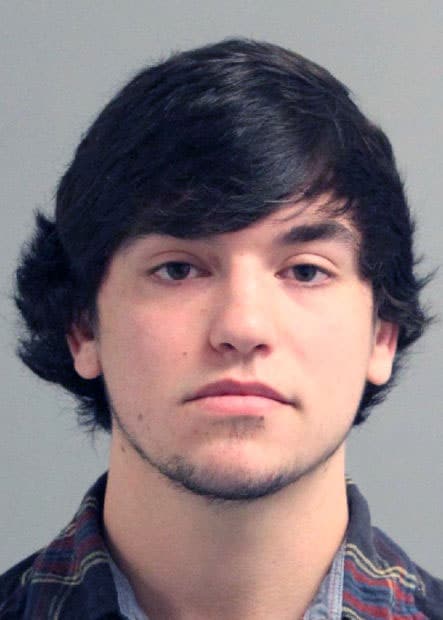 Patrick Bryan Mitchell was arrested after school authorities discovered he accidentally left an unloaded shotgun in his car after a hunting trip. (Photo credit: Capital Gazette)

The future of an 18-year-old Maryland student lies in the hands of the school board after the teen was arrested Friday when school officials discovered he had an unloaded shotgun in the back seat of his car.

The teen says he simply forgot that he had left the gun in his car following a hunting trip the night before and now students at the school are rallying around him to show their support.

Officials discovered the firearm after an administrator was walking through the  parking lot of South River High School checking cars for permits and noticed a shotgun shell and what appeared to be the stock of a gun underneath some clothes in the back seat of the white Ford Mustang, the Capital Gazette reported.

The administrator alerted a school resource officer, who discovered that the car belonged to Patrick Bryan Mitchell, who goes by the name Bryan. He was pulled out of class, brought to the principal’s office and arrested after authorities recovered a Mossberg 12-gauge shotgun and shells from his car.

Mitchell admitted that he had gone on a hunting trip the night before and realized that morning when he got to school that he had left the shotgun in his car and attempted to cover it up with some clothing.

No other weapons were found in Mitchell’s possession, although officers did find two Vyvanse pills, a drug used to treat ADHD, in his car, for which he did not have a prescription. 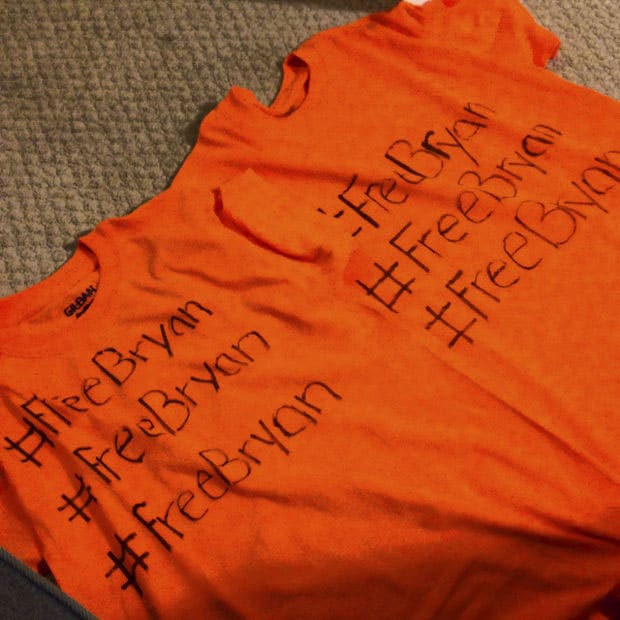 Following the investigation, authorities determined that there was no ill intent on Mitchell’s part, but nonetheless, according to the school’s policies, he may still face expulsion for bringing the firearm onto school property.

However, students at the school don’t agree that such a harsh punishment should be dished out for an honest mistake and have made efforts to show their support for Mitchell.

About half of the students returned to school Monday morning wearing camouflage, while other students wore orange T-shirts which said “#FreeBryan.” Some students hung posters throughout the school to show their support, but school staff quickly removed them.

According to friends, family and fellow students, Mitchell is one of those guys that everybody loves, someone that wouldn’t harm anybody.

This isn’t the first time that fellow students have rallied together for what they felt was an overreaction to a gun-related incident or the first time that an otherwise well-respected person has landed in hot water for forgetting they were in possession of a firearm.

In fact, just last week a gun-control advocate and community activist was arrested and prompted a three-hour lockdown of a New York school when police received an anonymous call about a man with a gun on school property. The man, who has a valid concealed carry permit, says he simply forgot that he was carrying a firearm when he entered the school as a volunteer for an after-school program.

When a 14-year-old in West Virginia was arrested and charged with obstruction and disturbing the education process in April after he refused to remove or turn the NRA T-shirt he was wearing inside out, students showed their support by also wearing NRA T-shirts when he returned from his suspension. 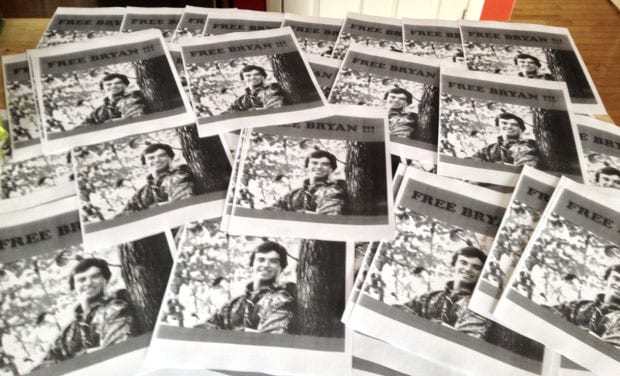 Some students also hung up posters around the school to show their support, but the posters were quickly taken down by school staff. (Photo credit: Capital Gazette)

Then in May, a 16-year-old Boy Scout and honor student faced a full year of suspension as well as felony charges when he arrived at his Princeton, North Carolina, school on a Monday morning only to realize that he had left a shotgun in his truck after a weekend of skeet shooting. When he went to the school office to explain what had happened, instead of the school allowing him to fix his mistake, he was slapped with what many said was an unjust judgment. The incident sparked the “Free Cole” movement, which eventually reached farther than his community and into the entire state.

Mitchell’s fate will ultimately be decided by the Office of Safe and Orderly Schools, which refused to comment on the incident.