DARPA unveils autonomous drones to fight alongside warriors on the battlefield 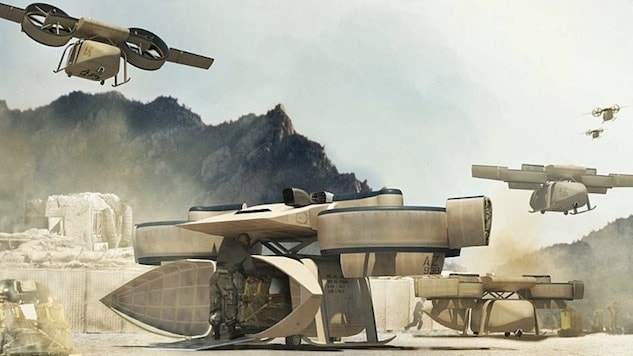 The ARES will provide more ground units with a greater degree of versatility.

The Defense Advanced Research Projects Agency unveiled concept images for their modular drones that will fight alongside warriors in the battlefield in an announcement Tuesday.

The ARES will be designed with the warrior’s safety in mind and will aid in ferrying supplies to and from otherwise inaccessible locations.

“U.S. military experience has shown that rugged terrain and threats such as ambushes and improvised explosive devices can make ground-based transportation to and from the front lines a dangerous challenge,” DARPA said in its announcement.

The ARES will be capable of ferrying supplies, extracting casualties, and conducting airborne surveillance.

With ARES, more ground units will have access to a broader range of supplies, casualty extraction, airborne surveillance and more.