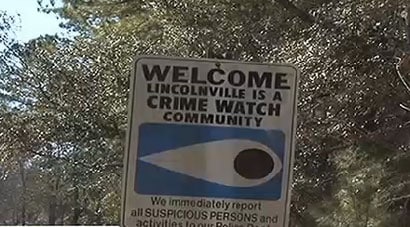 “I think the neighborhood needs to come together and get these people off the streets and luckily that man took one of them out,” said one neighbor, who did not want to be identified. (Photo credit: CBS Live 5)

An attempted robbery Sunday morning in Lincolnville, South Carolina ended fatally for the suspect after his 76-year-old intended victim shot him with a .38 revolver.

According to a local CBS affiliate, it was just after 6:00 a.m. when Charles Petit was walking towards his car when he was confronted by 25-year-old Robert Deziel. It wasn’t the first time that Petit, a jewelry store owner, had been robbed, but this time he fought back with all that he had.

The two men became involved in a physical altercation, which landed Petit on the ground with Deziel on top of him attempting to shock him with a stun gun as he punched the 76-year-old in the face. But little did the suspect know that Petit had a gun of his own.

“I shot about three times before I hit him because he had me on the ground trying to tase me. And I finally got one in him,” Petit told the 911 dispatcher as he struggled to catch his breath following the physical confrontation.

When deputies arrived they found Deziel lying on the front of the carport, where he was pronounced dead.

Petit was transported to a local hospital where he received treatment for the non-life threatening injuries he sustained during the scuffle.

Apparently Petit had been dealing with thieves stealing from him since 2006 when $550 worth of fishing gear and a boat were stolen from his yard.

As the years went on, the value of what was taken from the man continually increased.

Earlier last year, while on his way to a flea market to sell jewelry, Petit was robbed of a tote he was carrying which contained $30,000 worth of jewelry. But the bag also contained some of his personal information, which Petit believes was used to target him in subsequent robberies.

In April, Petit left his home while his 72-year-old wife was asleep inside, and while he was gone, someone broke into the house and stole $4,500 in cash and $60,000 worth of jewelry.

Some of the jewelry was recovered when a man brought it into a pawn shop.

However, authorities do not believe that Deziel, who had no prior criminal record, was connected to the previous robberies.

Petit did not reveal at what point he bought his .38 or when he started carrying it.

Prosecutor Scarlett Wilson and Charleston County Sheriff Al Cannon confirmed Thursday that no charges would be filed against Petit.