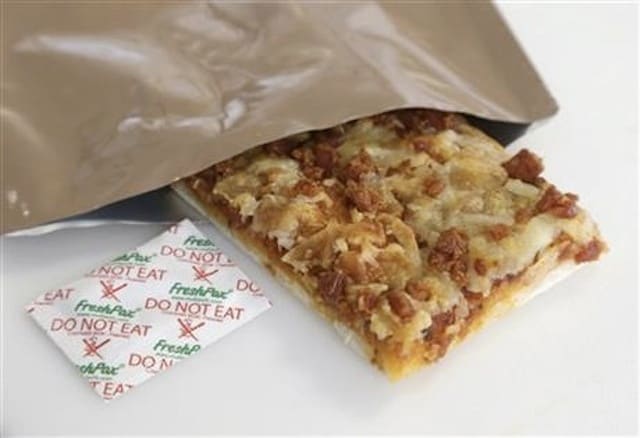 Pizza will soon be added to the list of available meals for MREs.

Researchers at a U.S. military lab in Massachusetts have finally created a long-lasting pizza to be included in troops’ ready-to-eat meals.

With the soon-to-be perfected recipe, the packaged pizza can be left out at room temperature for up to three years while still remaining edible, says Michelle Richardson, a food scientist at the U.S. Army Natick Soldier Research Development and Engineering Center. And according to test tasters, it’s pretty good, the Associated Press reports. 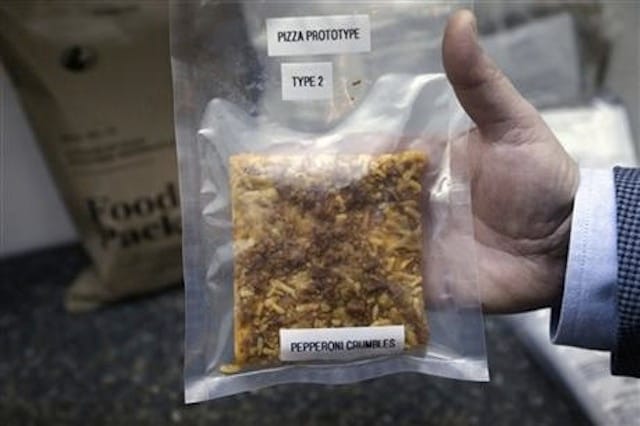 The new pizza can be left out at room temperature for up to three years while still remaining edible.

“It pretty much tastes just like a typical pan pizza that you would make at home and take out of the oven or the toaster oven,” said Jill Bates, who runs the taste lab. “The only thing missing from that experience would be it’s not hot when you eat it. It’s room temperature.”

But Bates wasn’t the only who enjoyed the personal pan pizza. Former Army lieutenant colonel and spokesman for the lab David Accetta also liked it.

“In a lot of cases, when you are cold and tired and hungry, having a hot meal that’s something that you like and you would get at home, it increases your morale – and we consider that to be force multiplier,” Accetta said.

While spaghetti and vegetarian tortellini have been some of the most popular choices for MREs, the new pizza may prove to be a new contender.