Interview with Chuck Michel, the attorney behind the Peruta v. San Diego decision

With the 9th Circuit Court of Appeals reversal of an earlier ruling in the case of Peruta v. San Diego last week, the court sent a clear message to the state of California with respect to its “may issue” concealed-carry policies. 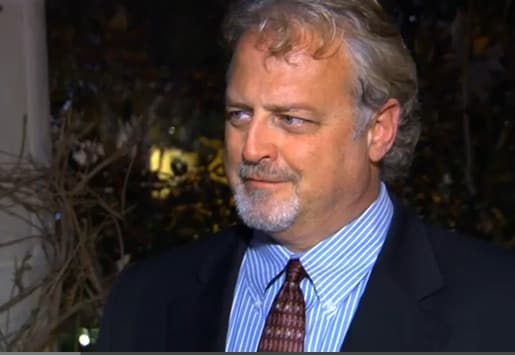 Chuck Michel led the legal team in the recent victory on the Peruta v, San Diego case this past week.

Guns.com had a chance Friday to interview C.D. “Chuck” Michel, the CEO and Senior Counsel of the law firm of Michel and Associates about the case.

Michel is a well-known attorney specializing in firearms law with more than two decades of experience and often represents both the National Rifle Association and the California Rifle and Pistol Association.

With a background in both criminal and civil law, Michel was staff counsel to the “Christopher Commission,” the independent commission set up to look into police brutality in the LAPD after the Rodney King incident.

He was recognized by the NRA Legislative Action (NRA-ILA) with the 2013 NRA Defender of Justice Award.

Below is our brief Q&A about where the case is headed and why it is important to the average gun owner, not just in California, but nationwide.

Chuck Michel: Thank you. Boy, it was a lot of hard work and I hope we can hold on to that because they are already making plans to take that away from us.

Chris Eger: So you’re pretty sure that San Diego County is going to request an en banc review on it?

Chuck Michel: San Diego is not as zealous on this issue, as for instance, Los Angeles or San Francisco, so it’s not 100 percent certain. They told the press yesterday that they’d be seeking en banc review. But I think some of the folks down there may be trying to get ahold of some of the supervisors and convince them not to. So it’s almost certain that they are going to though, there is certainly going to be pressure from other counties to take this up and try and get it overturned.

Chris Eger: Gotcha. So how do you feel the decision of the 9th Circuit is going to affect the issue of ‘May Issue’ as a whole in California?

Chuck Michel: If we hang on to it, it will change the whole dynamic here– it just won’t change it overnight. This lawsuit was against San Diego [county] only. So if its upheld with respect to San Diego, technically it will only change the policy within San Diego. Other cities and counties similar to San Diego where they impose some kind of a heightened standard, where they make you prove some sort of need to defend yourself or your family in order to get a license to carry, they are going to have to be sued separately –unless they see the writing on the wall and see that they have to change their policies. But some of them, I suspect, won’t. 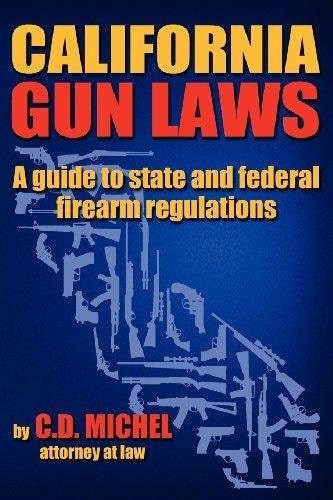 MIchel quite literally wrote the book on California gun laws.

Chris Eger: With all the U.S. Courts split right now on this issue, do you see this as having to be answered by the Supreme Court?

The Supreme Court is going to have to tell these courts that it meant what it said in the Heller decision and overturn one of those decisions. Now there is a case from New Jersey that’s asking the Supreme Court to be held right now. I suspect that within the next day or so that the lawyers in that case will be submitting the decision from the Peruta case to the Supreme Court, as proof that there is an even more pronounced circuit split that would justify the Supreme Court taking the case.

Chris Eger: So they are teeing up for it basically?

Chuck Michel: You know at the end of February there are three cases that are set up for conference in the Supreme Court that involve the Second Amendment. Two of them are NRA cases out of Texas involving a challenge to the law that prohibits people from 18-21 years old from buying guns at a gun store. That could set the standard of reduced age, which is what the big argument has been over.

Chris Eger: Was there anything you would like to add about the Peruta case. Where is it going from here?

Chuck Michel: Well, we are going to be fighting with everything we have to hold on to this great ruling. But from a larger perspective, people really need to understand there is now an epic battle going on for the future of the second amendment. You’ve got the NRA and five million individual members and another 80-100 million individual gun owners who believe in the right to keep and bear arms and all the other guns rights, civil rights advocacy groups aligned on one side.

And on the other side you’ve got Bloomberg and the Joyce Foundation and these other big foundation and their pumping– you know Bloomberg has pledged $800 million dollars to the fight to minimize the Heller decision — to try and box it in so that it doesn’t apply outside the home, so it applies very minimally inside the home, so that they can continue to push their campaign of shame against gun owners and continue to pass these ridiculous, ill-conceived laws that don’t do anything to stop violent crime.

All they do is disarm citizens and take away their ability to use a gun to defend themselves and their families. So people really need to be aware of this, and keep up the push-back against these kinds of laws. Gun owners have really woken up in the past couple of years as they have been attacked in different states and they just need to stay awake and stay involved.

We’d like to thank Mr. Michel for taking the time to discuss his work and the case of Peruta v. San Diego. For more information about Mr. Michel and his associates you can check out his firm’s website.