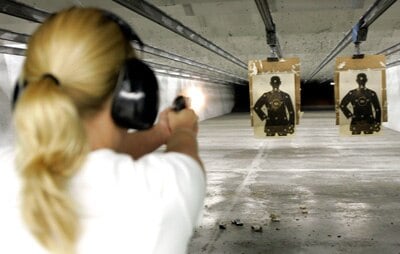 In New Mexico, the number of concealed carry applications more than doubled from a historical average of 4,500 to more than 10,000 in 2013.

Known as the “Land of Enchantment” (and Breaking Bad), New Mexico has seen the number of concealed-carry permit holders walking around increase dramatically over the past year.

The Government Accountability Office’s  2012 Gun Control report estimated the state to have a total of approximately 22,000 permits in circulation.

By the end of 2013, the state reported that this number had increased to more than 37,000. This is largely due to the 10,601 new licenses issued in 2013, double the amount of the average issued in prior years.

To obtain a permit in the state there is a $100 fee, which pays for fingerprints and a background check by the state police. After passing a mandated training course, which one is required to retake every other year, the permit is valid for four years.

Unlike many states, New Mexico also requires a Health Information Release Form before granting a permit.

Open carry, the public carry of a loaded weapon as long as it is not concealed, is legal in New Mexico.

The state currently maintains that they have 37,579 license holders including 27,811 male and 9,768 female. With the ratio of males and females nearly balanced in the state according to the U.S. Census Bureau, it can be surmised that males are three times more likely to have a concealed carry permit in New Mexico than females.

According to the state police, the ratio of permit holders varies widely across the state. For instance some 13 percent of Sandoval County, north of Albuquerque hold a permit, while in nearby and sparsely populated San Miquel County, just 0.39 percent of adults have one.

The figure is about 1.8 percent of the state’s population, which is just over 2 million, meaning that about one out of every 55 residents are now permitted to carry.

The increase in New Mexico is seen by some as a result of potential federal gun-control measures.

“When people see that at the federal level and then they see similar legislation trying to be introduced within our state, they start recognizing the fact that if they don’t start becoming involved, if they don’t start doing what’s necessary to retain their rights and privileges and the privileges granted by the state for concealed carry, they have a really, really good chance of losing them,” said Steve Aikens, a state certified, concealed-carry firearms instructor.

New Mexico is not alone in the increase in concealed carry permits in 2013. A similar trend has emerged in several states.

Kansas recently saw its numbers of CCW applicants double as well, skyrocketing from 12,300 to over 25,000 in 2013. Colorado processed twice as many applications in just the first six months of last year when compared to all of 2012.