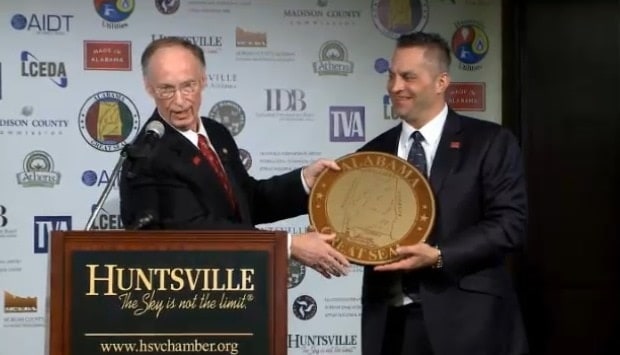 Gov. Robert Bentley presenting George Kollitides, CEO of Remington Outdoor Company with the Great Seal of the state of Alabama at a news conference Monday afternoon.

In a press conference, Remington Outdoor CEO George Kollitides was joined with Alabama’s Gov. Robert Bentley and Huntsville’s Mayor Tommy Battle to introduce the $110-million investment into the state that will add about 2,000 new jobs.

Alabama’s state motto — “We Dare Defend Our Rights’ –“says it all,” Kollitides said and went on to explain that the company is glad to bring the oldest gun manufacturer in America to Huntsville, the city that built the Apollo moon rocket.

“Twenty-four states made offers to entice (Remington) to come to their state. I know many of these were good offers for this great company, but (they) picked Alabama,” Bentley said.

According to Bentley, Remington selected Alabama because it’s a pro-business state, a very conservative state and it believes strongly in the rights that are guaranteed in the constitution, citing the 10th and 2nd Amendments. 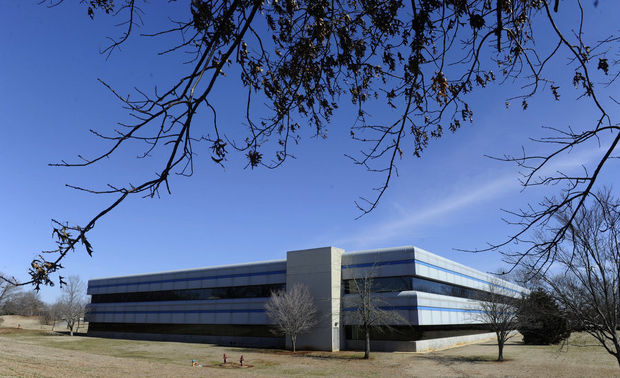 The company will be setting up in a former 500,000 sq. ft. Chrysler plant located at Wall Triana Highway and Electronics Boulevard and when fully staffed would employ up to 2000. (Photo credit: Blog.Al.com)

Battle called the eight-month behind the scenes courtship between Huntsville and Remington, “The best kept secret in the history of Madison County.”

Huntsville is home to Redstone Arsenal, and NASA’s Marshall Space Flight Center with some 36,000 military and contractor jobs involved in high-tech support and fabrication. As such, it has the nickname of “The Rocket City.”

The company will soon occupy the former a Chrysler plant, a 500,000-square foot facility located about 14 miles east of downtown Huntsville. The expansion is expected to begin within the next 18 months.