Despite their size and exploding population, coming across the “very elusive” python in the wild is unusual, according to Gabe Margasak, a spokesman for the South Florida Water Management District.

The Burmese python is not native to Florida, but according to Everglades National Park, the species has thrived since pet owners released them into the wild.

“Nowhere else on the planet has such a large constrictor been introduced and established in a foreign locale as a result of the exotic pet trade,” Everglades National Park said. 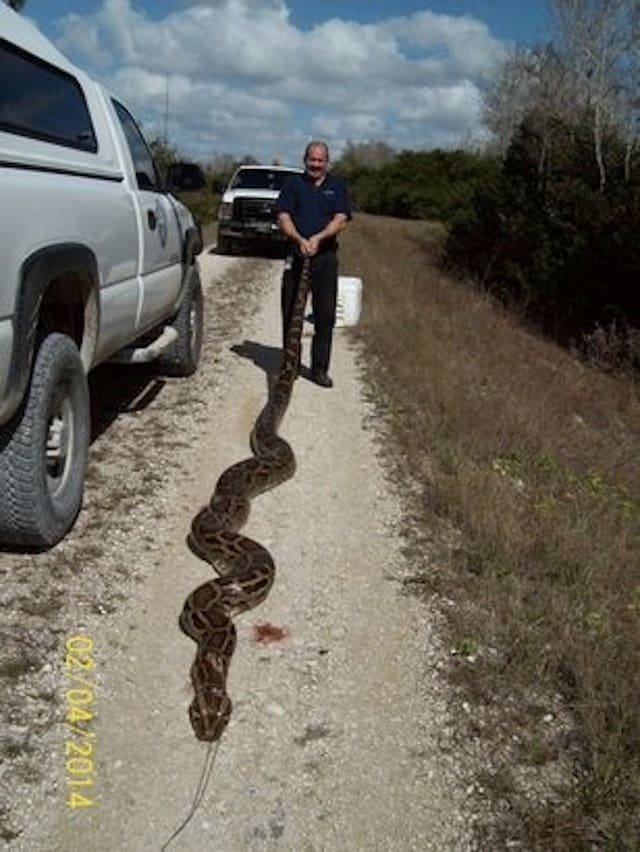 It was originally thought the python may have set a new record, but after measuring it three times they discovered it was just shy. 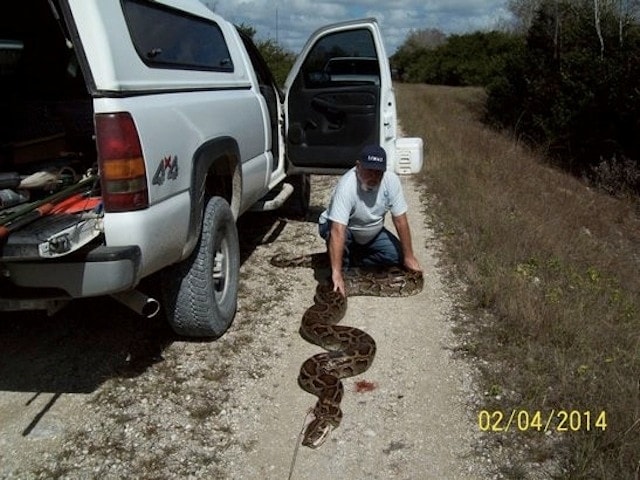 The python was discovered on a routine levee inspection. 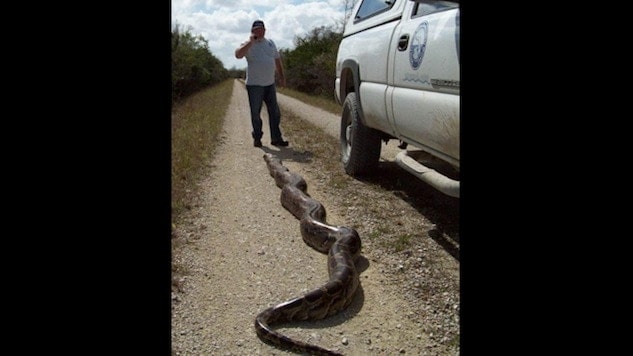 At nearly 18-feet long, the massive snake is nearly as long as Bobby Hill’s truck.