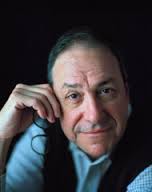 Joe Nocera, an Op-Ed columnist for The Times since April 2011.

The goal was not to conduct a scientific study or a super comprehensive statistical analysis, because Google News search certainly has limitations, but to get a “feel for the scale and scope of gun violence in America,” as Nocera wrote.

After a year of following the news cycle as it relates to gun-related violence and running The Gun Report for the Times, which cited on average between 20 to 30 shootings per day and typically over 100 on the weekends, Nocera had drawn the following conclusions:

1. Gun owners simply need to keep their guns locked away.

2. The N.R.A. shibboleth that having a gun in one’s house makes you safer is demonstrably untrue.

3. Gang shootings are everywhere… Though, it’s unquestionably true that the most gun homicides occur in the inner cities

4. The idea that guns, on balance, save lives — which is one of the most common sentiments expressed in the pro-gun comments posted to The Gun Report — is ludicrous.

5. The clearest message The Gun Report sends is the most obvious. Guns make killing way too easy.

Alright, upon examining these conclusions there was not a whole lot I found to be valid, at least from my experience as a journalist covering the gun debate for the past three or so years.

But instead of hammering Nocera’s findings in an editorial of my own (like I would have done in the past), I decided to reach out to him to see if he’d discuss The Gun Report.

To my amazement, he agreed to talk.

As indicated, there was some disagreement. To take conclusion number two, for example, I disagree. I think a gun in the hands of a responsible, law-abiding citizen does indeed make one’s home safer. Though, I will readily concede that a gun in the home of a drug addict, a domestic abuser, a violent criminal is going to put everyone in that home at risk.

Unfortunately, much of the data that’s collected on shootings and accidents in the home does not explicitly account for whether the suspect was a drug addict, alcoholic, domestic abuser, etc., so the subject remains open for debate.

Number four also strikes me as patently false. But that’s only because I am aware of various studies that suggest DGUs are more common than instances where firearms are used in the commission of a crime, such as a 2013 Centers for Disease Control report that found:

Defensive uses of guns by crime victims is a common occurrence, although the exact number remains disputed. Almost all national survey estimates indicate that defensive gun uses by victims are at least as common as offensive uses by criminals, with estimates of annual uses ranging from about 500,000 to more than 3 million per year, in the context of about 300,000 violent crimes involving firearms in 2008.

The study also revealed that when guns are used in self-defense the victims consistently have lower injury rates than those who are unarmed, even compared with those who used other forms of self-defense.

Yet, it should be noted that Nocera never denied that DGUs happened or that guns can’t be used by good guys to stop bad guys. He just felt that, as he iterated in the report, guns make killing way too easy.

So, if we disagreed on those points, where did we find common ground?

Well, on a bunch of stuff, actually. For starters, yes, if you have children in the home you should keep your guns locked up. This is a no brainer that pretty much everyone agrees on. Accidental gun deaths involving children are tragic because in almost all cases they are preventable. As a parent, one must teach kids gun safety, but also one must keep one’s firearms safely secured.

On the issue of gang shootings, we both agree that they occur all across the country in big cities, e.g. Chicago, New York, Los Angeles as well as smaller cities, e.g. Flint, Michigan, Fort Wayne, Indiana. We also agree on the fact that they can’t be dismissed because of the “demographics” (perhaps, a code word for young, black males).

“You don’t just shrug your shoulders and say ‘There’s inner-city violence and they’re poor black people and they probably commit a lot of crimes,’ ” said Nocera, during our conversation.

“I believe that there should be as much effort toward reducing inner-city violence as there is towards reducing violence that occurs as the result of a child accidentally shooting himself/herself,” he continued.

The lives of urban black teens are equally as important as the lives of rural or suburban white kids. Consequently, we both agree that more should be done in these cities in terms of community outreach, policing targeting gangs and drug dealers, and enforcing laws that punish those who purchase firearms illegally, i.e. straw purchasing.

We also agreed that gun control as a means to stop criminals from obtaining firearms is largely futile because (a) where there’s a will, there’s a way and (b) there’s no shortage of firearms in this country.

“The whole line about criminals will find a way to get firearms, in a country with 300 million guns, that’s probably true. Unavoidably true,” observed Nocera.

Lastly, we acknowledged that this debate is largely due to a difference in culture. Put quite simply, one’s feelings about gun ownership are often informed by the milieu in which they are raised.

To explicate, folks who are born and raised in New York City are going to have a different perspective on concealed carry than folks who are born and raised in a rural part of Arizona. In NYC, there is essentially a de facto ban on concealed carry (with the fees, paperwork and “may-issue” standards, it’s nearly impossible for the average citizen to get a CCW permit), whereas in Arizona constitutional or permit-less carry is the law of the land.

In terms of gun ownership, going from NYC to Flagstaff, and vice versa, would be a culture shock to many.

Of course, it’s important to mention that Arizona has not descended into anarchy or chaos even though it has permit-less concealed carry laws — something Nocera would admit. Nevertheless, he’s not too keen on the notion of CCW permits being freely issued in the big apple.

“I’m not super excited about the idea of concealed carry in New York City,” he said.

Okay, so what did I learn in talking to Nocera?

Well, the all too-common response of addressing someone as an “anti-gunner” and belittling them because they disagree with you is pointless. It doesn’t further the debate; it only hardens the divide making it more difficult for one to win hearts and minds.

The truth is that there is a lot of common ground between the two camps. And, in places where there’s not, it helps to have a civilized, fact-based discussion. That’s what one of the primary goals of the modern pro-gun movement should be. Not just preaching to the choir, holding rallies, soliciting lawmakers to vote for pro-gun bills, but engaging in rational discourse with folks that are pro-gun control. Some will be ideologically dug in and won’t be willing to see things from a different perspective. But others will have an open mind, especially when they are treated with respect.

At the end of the day I might not have been able to change Nocera’s mind on a lot of what we discussed. But that’s okay. At least, we’re talking.