Civil rights activist and Baptist minister Jesse Jackson claimed Sunday on Fox News that semi-automatic “assault weapons” are capable of shooting airplanes out of the sky and are powerful enough to blow up railroads, The Blaze reports.

“… Semi-automatic weapons are not just about gun control, they’re about national security,” Jackson said. “You know these weapons can shoot down airplanes, they can blow up railroads . This is really a whole national security issue.”

While Jackson believes the destructive force of “assault weapons” are too dangerous, he does agree Americans have a right to have a gun in their home or for the purposes of hunting. 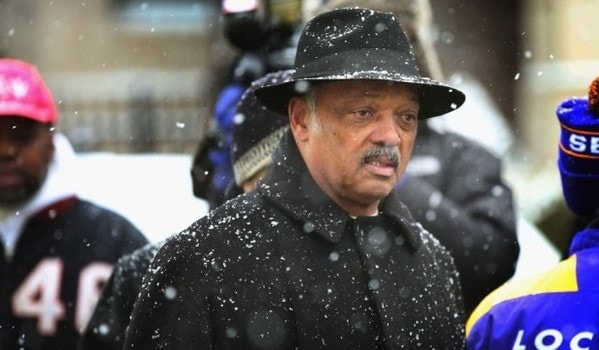 Jesse Jackson claimed “assault weapons” were capable of shooting planes from the sky and blowing up railroads.

“You want a gun for your house, you got it, a gun with which to hunt, you got it. But these semi-automatic, military-style assault weapons – they shot at the White House two years ago, so none of us are safe,” Jackson said.

Former Marine Chris Gahr didn’t say Jackson’s claims were downright impossible, but said “you would have a better chance of being hit by lightning WHILE winning the lottery than bringing down a commercial airliner with the weapons that [accused Aurora, Colorado movie theater shooter James] Holmes carried.”