Military to use low levels of electricity to stimulate troops’ brains 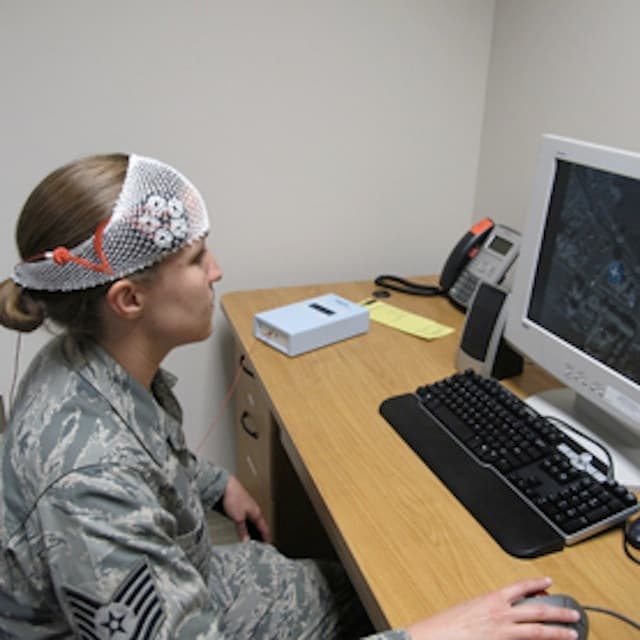 The Air Force Research Laboratory is researching the use of electrical stimulation to increase troops’ alertness and cognitive ability.

In an effort to increase troops’ attention span and quicken their reaction times, the Pentagon is exploring the possibility of replacing caffeine and nicotine intake with low levels of electrical stimulation.

The Air Force Research Laboratory at Wright-Patterson Air Force Base in Ohio has already conducted “noninvasive” brain stimulation on dozens of volunteers, and the results have been positive, Boston Globe reports.

“We found that people who receive the stimulation are performing consistently,” said R. Andy McKinley, a biomedical engineer who oversees the research.

As the landscape of the battlefield has drastically shifted with the forward progress of technology, countless warriors are needed to monitor the constant stream of information. And these experiments are geared towards helping those troops process that information and make informed decisions.

“It used the people who would win the arm wrestling match would win the war,” said Alan Shaffer, the acting assistant secretary of defense for research and engineering. “In the future it is going to be who can process information most quickly and react to that. If you can’t make sense of all the information coming in around you and get tot a decision it has little value.”

The recent Pentagon study has been hailed as the most in-depth study into electric stimulation on healthy individuals in history.