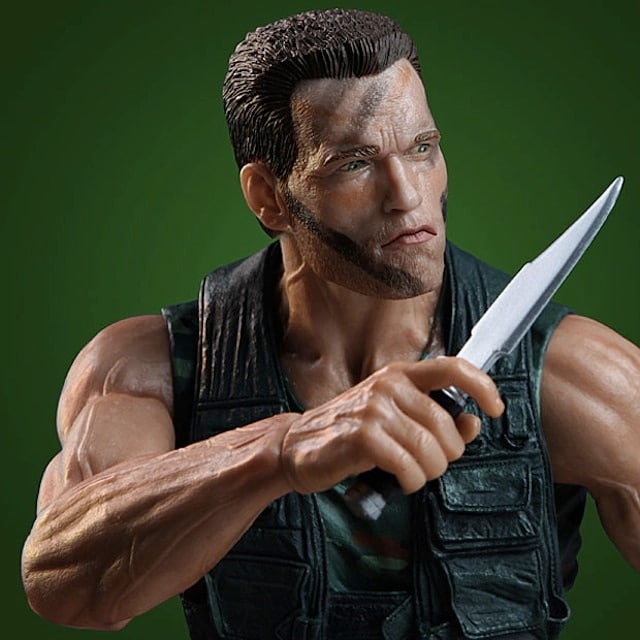 The 18-inch tall “Predator” action figure of Dutch has 20 points of articulation. 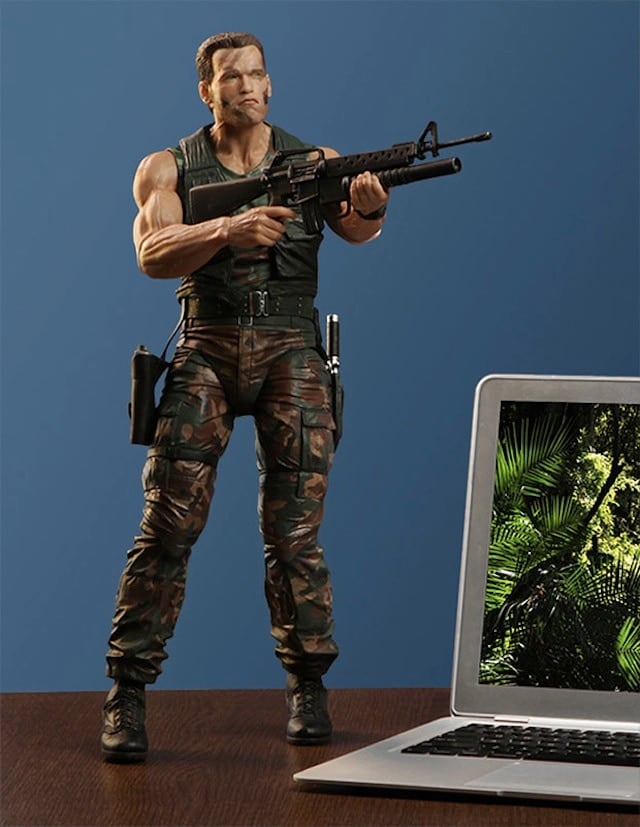 Dutch comes armed with his M-16, sidearm, and trust knife. 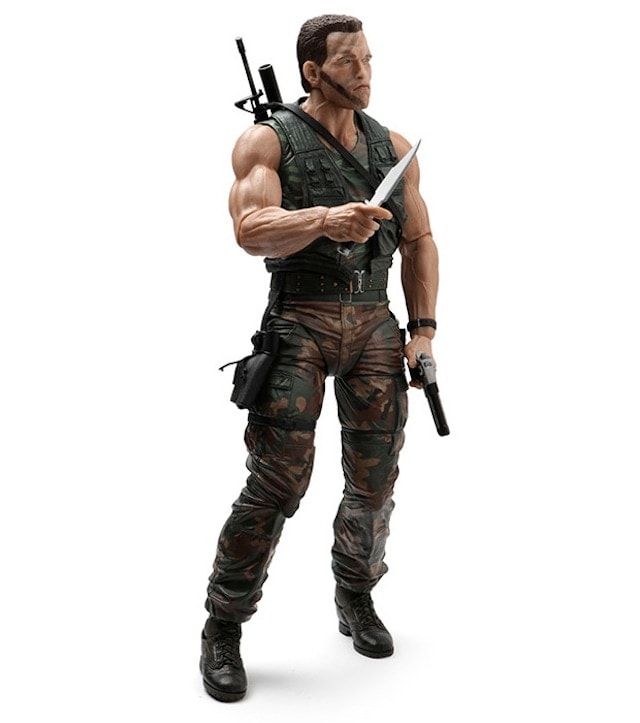 Dutch is ready to slay the invisible alien, then get to da choppa.

Armed with an M-16 with attached M203 grenade launcher, a sidearm, and his trusty knife, Dutch is read to march into the fray. Dutch has 20 points of articulation, stands at 18 inches tall, and is incredibly detailed, Think Geek reports.

At $99.99, this is probably considered more of a collector’s edition than a toy, but either way, it’s pretty cool.