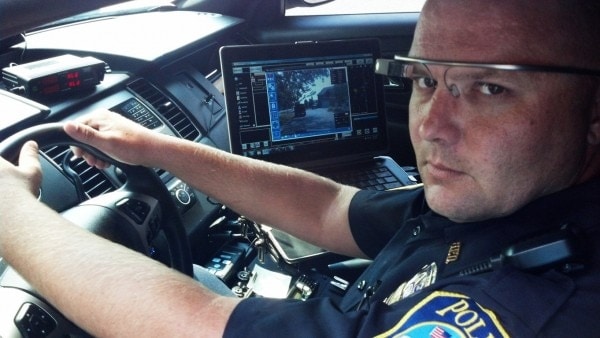 Police in Byron, Georgia, last September became some of the first in the country to experiment with Google Glass in the field.

With its technology still essentially in development, law enforcement agencies across the country are lining up to become beta testers for Google Glass in the field.

Last September, police in Byron, Georgia, conducted a field trial of Google Glass tied to an experimental in-car video system while on patrol. Using the device they conducted traffic stops, test fired service weapons, and performed an arrest, capturing it all in real-time as it happened.

The video was also streamed back to the police department.

While they are the first known department to use the device in the field, they are far from the last.

Google Glass, developed by the company in the past two years, is Android-powered, wearable computer built into a module perched on the side of a pair of eyeglasses. These glasses can be safety lenses, prescription glasses, or simply a frame with only the optical head-mounted display (OHMD) module attached. The display for the computer is projected, superimposed onto the user’s field of vision.

Both Sony and Samsung are developing similar devices. 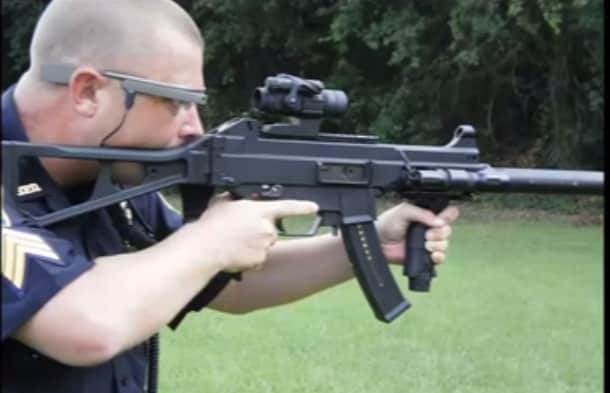 Officers have even tested Google Glass in live fire on the range.

The most basic purpose would be for filming interactions with the public, including arrests.

“What we are seeing is more and more agencies looking at body-worn video and cameras, and Google Glass fits into that general realm,” says Dave Roberts of the International Association of Chiefs of Police.

“They’re a very useful enhancement to in-car cameras and provide a broader context,” he continued. “We think it makes sense to use both.”

Items of evidence, suspects, witnesses, and the very crime scenes themselves can be instantly cataloged with picture and location then streamed to the department’s cloud for investigators to access in real time.

Paired with facial recognition software, the glasses can assist in identifying suspects interacting with police.

However, this leads to arguments over privacy issues. For instance, a police officer wearing a Google Glass tied to facial recognition database stopped at a gas station may casually observe the person next to them. Without enough reasonable suspicion of that person to conduct a Terry Stop, the Glass, if directed by the officer, may identify them as matching a suspect with an outstanding warrant, thus possibly infringing on someone’s Fourth Amendment rights.

The NYPD’s intelligence and analytics unit also is testing at least two pair of glasses for possible use by patrol officers.

In Massachusetts, nearly a dozen agencies are looking into the new devices and trying them in the field on a limited basis.

Besides helping with potential threats and helping catalog evidence in the field, officers see Google Glass being able to help with Amber Alerts.

“Right now we are receiving information [for those] over the radio. But Google Glass could show me a picture of the child that’s missing, and I then have it visually,” said Norwood Police Officer Andrew Jurewich.

Still, with the product’s release delayed until the end of 2014 and individual units running about $1,500 or more, don’t expect them to be common in law enforcement overnight.

“Maybe 15 years from now every officer will be wearing them, but not in the short term.” said Jurewich.