The Navy has been testing lasers as a viable defense platform for years, and now the systems are finally ready to be deployed.

In April of 2013 the Navy debuted a successful test of their Laser Weapon System, proving beyond a shadow of a doubt that concentrated light truly can take down a drone. Now, the LaWS is set to deploy later on this year, Military Times reports. 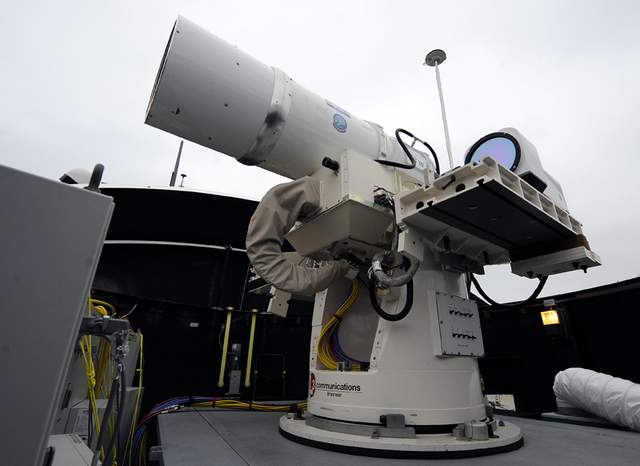 The Laser Weapon System is capable of taking down an aerial drone, an approaching speed boat, or any other threat.

The LaWS is a solid-state laser system intended to shoot down “asymmetrical threats,” like aerial drones, speed boats or any other potential threat. Without the need to reload between shots, the LaWS comes as a real game changer.

As if the straight-from-the-movies LaWS wasn’t enough, the Navy also plans to test a new electromagnetic rail gun prototype aboard a ship within two years.

With these two weapons platforms coupled with the new high-tech destroyer, the Zumwalt , the Navy is poised to take down any adversary that may come their way.