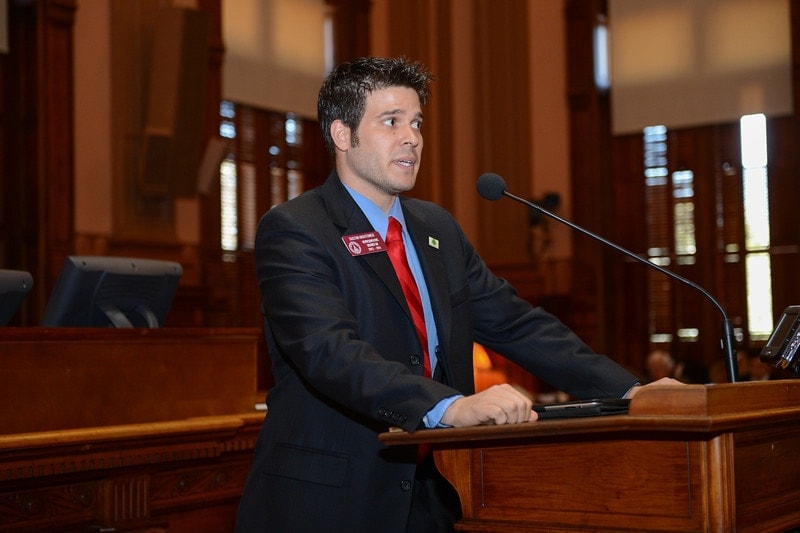 A bill that proposes more than a dozen changes to the state’s firearm laws passed the Georgia House Tuesday by a margin of 2 to 1.

House Bill 875 cleared the House by a vote of 119-56 after lawmakers debated the bill for more than two hours.

“I’m very pleased with the passage of this bill,” Rep. Dustin Hightower, (R-Carrollton), one of the bill’s sponsors told the Times-Georgian.

“When I was first elected, I made a promise to the citizens of District 68 that I would fight to protect their Second Amendment right to bear arms,” he continued. “I am keeping that promise.”

The bill includes several enhancements to the state’s gun statutes including:

-Allowing school systems to decide whether teachers and staff can carry a firearm on school property.

-Allowing carry by permit holders in non-secure areas of airports and government buildings in the state.

-Removing the restrictions on carrying a firearm with a permit in churches and bars, leaving this decision to private property owners.

-Prohibiting a ban on firearms in public housing.

-Forbidding the state from creating a public database of permit holders.

-Creation of an absolute defense for the legal use of deadly force in the face of a violent attack.

-Lowering the age to obtain a concealed permit for self-defense from 21 to 18 for active duty military, with specific training.

-Repealing the requirement for a firearms dealer with an FFL to get a separate state license.

-Forbidding privately owned firearms from being seized under a declared state of emergency.

Republican state Rep. Chuck Sims of Ambrose broke with his party over the bar and church provisions.

“This is just another example of a pro-gun law being passed that extends to law abiding citizens immediate proteciions while not dimenshing public safety.” said McGuigan.

In recent months, bills with similar pro-gun provisions have had mixed results nationwide.

A Colorado measure that would have allowed concealed carry by teachers and staff in schools was defeated by committee while a bill allowing carry in bars and restaurants that serve alcohol was signed into law last week in South Carolina.

HB 875 will now go to the Georgia state Senate for further consideration.