An Alabama restaurant owner opened fire on a customer after she complained about her food.

Jatari Walker was on her way home after purchasing a meal from the Good Friends Chinese restaurant in Birmingham when she discovered a cockroach in her egg roll. She returned to the restaurant to get a refund, but was met with gunfire from the restaurant owner, Chun Ching, instead, ABC reports.

“She still wouldn’t give me my money back so I sat it on the counter and [the cockroach] rolled onto the floor and the lady who was taking an order was like, ‘Now where’s the roach at?’” Walker recounted. 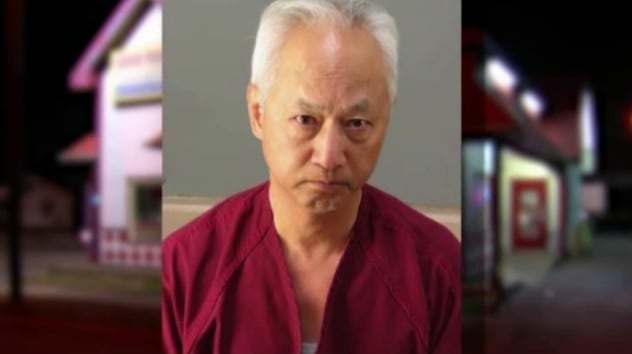 Ching was arrested after opening fire on a customer who tried to get her money back.

As Walker turned to exit Good Friends Chinese restaurant, Ching took out a gun and fired a single shot, which passed harmlessly through a wall. Nobody was injured.

“What if the bullet wouldn’t have went in the wall and it would of hit me and I wouldn’t have been able to go home to my child?” Walker said.

Police responded to the scene and Ching was arrested.

Walker was “still shocked” by the situation, but was happy to still be alive.