A Georgia police officer fatally shot a ROTC teen after mistaking a Wii remote for a gun Friday.

The Euharlee police officer knocked on 17-year-old ROTC cadet Christopher Roupe’s door, looking to serve a warrant to his father. Roupe answered door and the officer fatally shot him in the chest. The officer claimed she saw Roupe point a gun at her, but witnesses said the teen was holding a Wii remote, WSBTV reports. 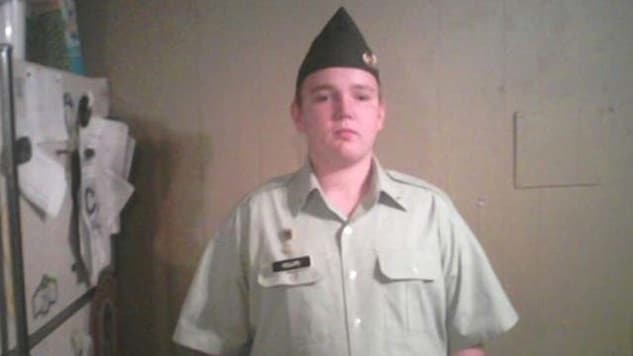 Christopher Roupe aspired to be a Marine and was in the ROTC program at Woodland High School.

While the officer claimed Roupe pointed a gun at her, multiple eyewitness accounts said he was holding a Wii remote controller, according to Cole Law, the lawyer representing the Roupe family.

“We don’t know where that statement came from. The eyewitnesses on the scene clearly state that he had a Wii controller in his hand. He heard a knock at the door. He asked who it was, there was no response so he opened the door and upon opening the door he was immediately shot in the chest,” Law said.

The officer was placed on administrative leave and Roupe’s funeral is planned for Friday.