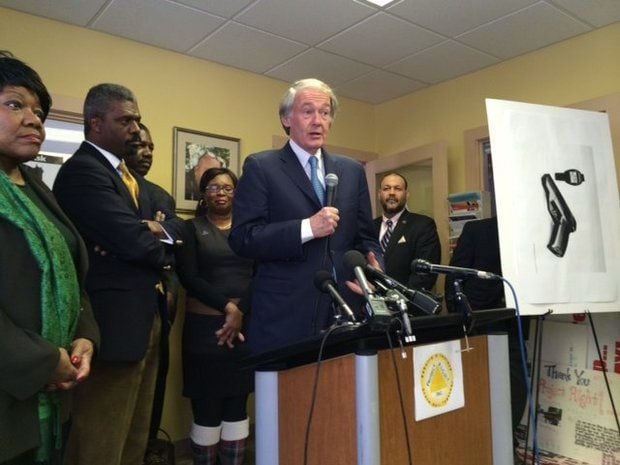 Sen. Ed Markey wants Congress to mandate the use of smart gun personalization technology nationwide, shown here next to an image of the German Armatix iP1 pistol at a press conference Wednesday (Photo credit: Shira Schoenberg for The Republican/MassLive.com)

A U.S. Senator intends to introduce a bill called the ‘Handgun Trigger Safety Act’ into Congress that would require all handguns manufactured in, sold in or imported into the United States to incorporate ‘personalized handgun’ aka ‘smart gun‘ technology within 3 years following the passage of the bill.

The act would also include grant money drawn from the coffers of the Department of Justice to retrofit older handguns with the technology before they are allowed to be sold by their private owners.

“No one wants children to get access to a handgun and hurt themselves or others,” said Sen. Ed Markey in a press release.

“In the 21st century, we should use advances in technology to our own advantage and save lives, and the Handgun Trigger Safety Act will help ensure that only authorized users can operate handguns,” he continued.  “This is the type of gun safety legislation that everyone – regardless of political party or affiliation – should be able to support.”

The bill defines a personalized handgun as one that “(A) enables only an authorized user of the handgun to fire the handgun and (B) was manufactured in such a manner that the firing restriction described … is (i) incorporated into the design of the handgun, (ii) is not sold as an accessory; and (iii) cannot be readily removed or deactivated.” 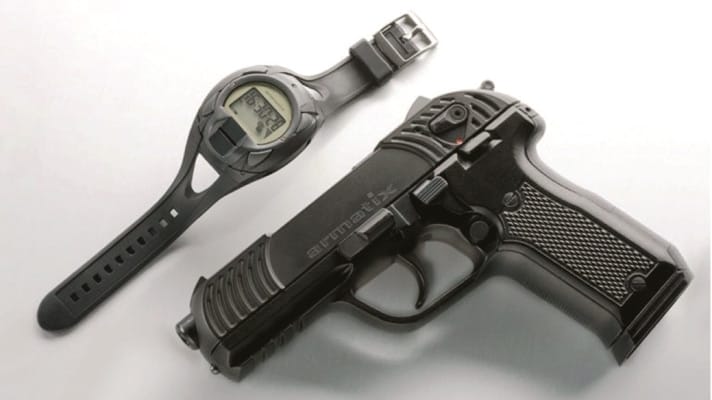 Sen. Markey in his press conference calls the technology workable, citing the $1,800 German-made Armatix iP1pistol, a .22LR gun that uses an RFID-equipped watch as a remote lock. (Photo credit: Aramtix)

The technology behind the bill is still in its infancy. A 2013 National Institute of Justice study on making ‘smart guns‘ found that there was no commercially available gun in the United States at the time of the report and that the reliability of the prototypes being tested was a reoccurring concern since the inception of the technology 15 years ago.

The only gun currently on the horizon with an electronic lock-out is the $1,800 German-made Armatix iP1 pistol, which uses an RFID-equipped personal wristwatch as a near-area (within 10 feet) electronic key to the gun. Markey even mentions the Aramtix in a further press release for the bill, comparing it to James Bond’s fictional “Skyfall” Walther, although the real Armatix does not have the same biometrics.

The National Shooting Sports Foundation conducted their own study on smart guns. In a national scientific poll of more than 1,200 Americans in October 2013, roughly three-quarters stated they would not buy a smart gun, would not trust the reliability of one, and that the government should not mandate such technology. 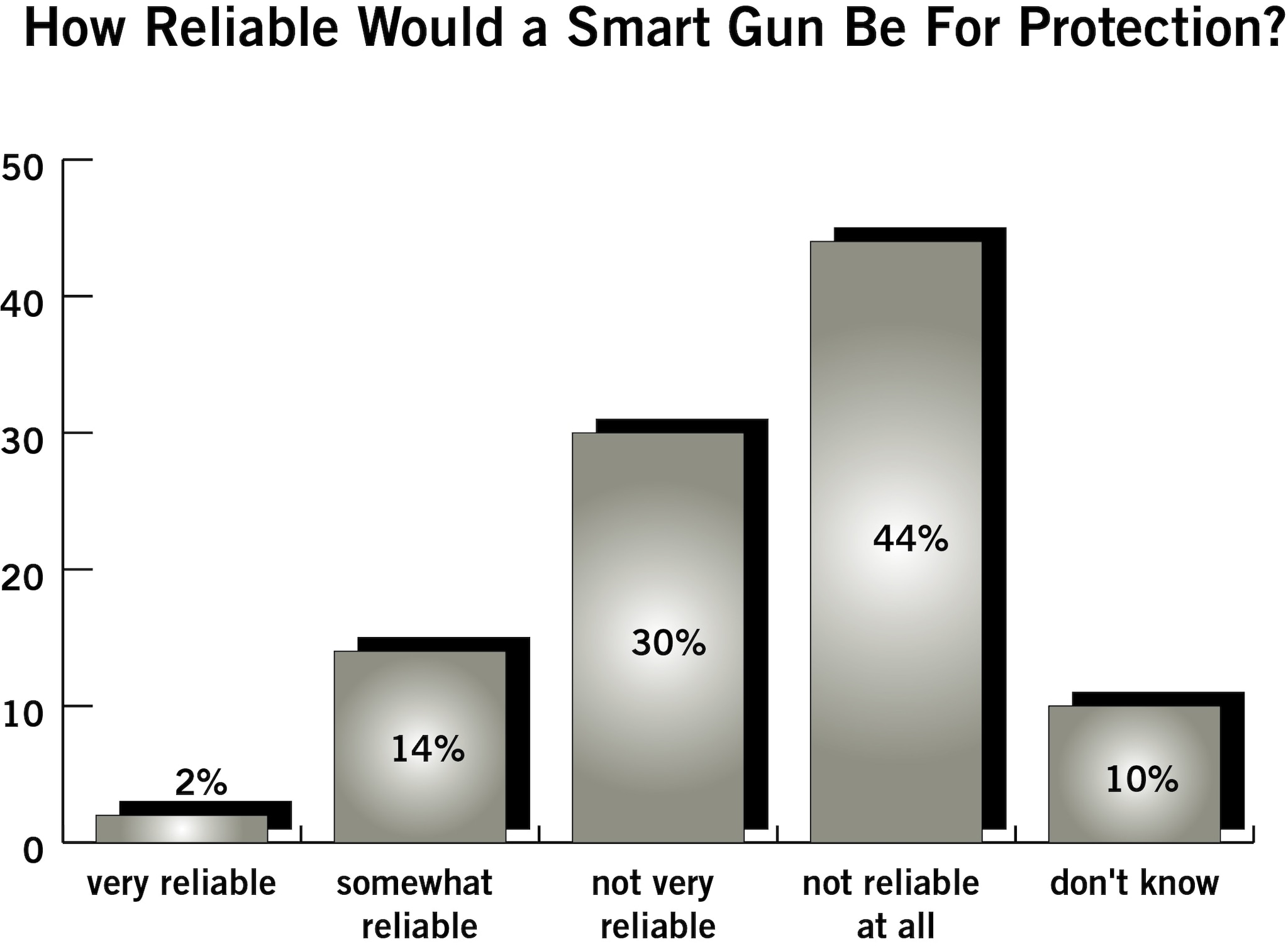 A recent poll conducted for the National Shooting Sports Foundation found that the concept of a ‘smart gun’ is not popular (Photo credit: NSSF)

“We strongly oppose efforts to mandate the use of an immature technology that even the Holder Justice Department says is unproven and unreliable.  Our survey shows that the overwhelming majority of consumers have serious concerns about the reliability of this concept and would not purchase an authorize user recognition equipped firearm,” said Keane.

Given the hard reality about this fledgling technology, it leads one to speculate on the lawmaker’s intention with pushing this bill.

“Of course, Sen. Markey’s goal is not to advance the development of the technology but to use it as a backdoor means to a national handgun ban,” warned Keane.

In 2002, New Jersey enacted the first so-called smart-gun law although it has not been invoked due to the infancy of the mandated technology.

Markey intends to submit his bill to the Senate in coming weeks while U.S. Rep. John Tierney, also a Massachusetts Democrat, has introduced a similar bill in the U.S. House.